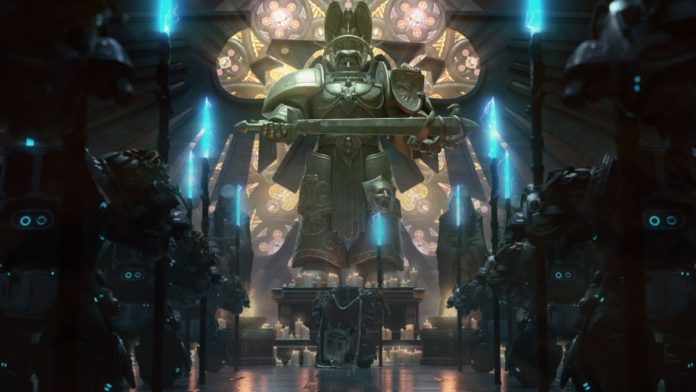 As we can read in a press release, the title will take players into a confrontation between the Gray Knights and the corrupting forces of Chaos. “Protected by faith and protected by devotion, the very existence of the Gray Knights is rooted in mystery,” explains the editor. “Players will experience the cruel and ruthless combat of the 41st millennium.”

The script will be written by Aaron Dembski-Bowden, author of several of the 40k universe novels and who is on the New York Times bestseller list. The firm shares that this work “will cement Frontier’s current collaboration with Games Workshop.” In fact, a little over a year ago we knew that Frontier Developments was working on Warhammer Age of Sigmar, an RTS based on Games Workshop’s Fantasy universe.

The publisher summons us to August for the full cinematic trailer for Warhammer 40,000: Chaos Gate – Daemonhunters. “Lead the legendary Gray Knights against a galaxy-wide plot to infect worlds with a cosmic plague in a turn-based tactical RPG set in the grim universe of Warhammer 40,000,” they conclude.

As for Frontier Foundry, you should know that it is the independent title distributor of the British parent company, Frontier. One of his projects for this year is Lemnis Gate, a first-person shooter that changes the rules of competitive multiplayer. Click on this link to see our impressions.