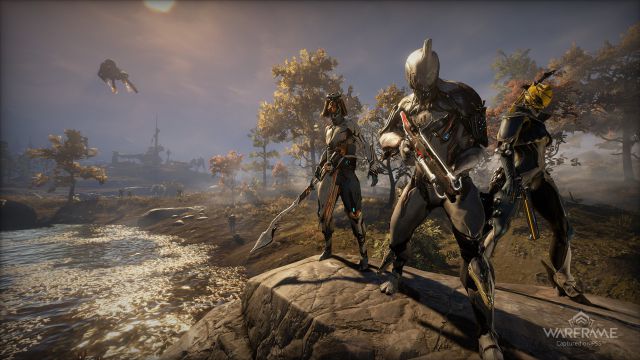 The Chinese company has acquired the parent company of Digital Extremes, but it will have no effect on this free-to-play title.

Tencent has closed an operation to acquire Leyou Technologies Holdings, a company that depends, among many others, the developer Digital Extremes, the creators of Warframe. However, from the study they affirm that this new situation will not interfere with the work they have been doing for years in their video game. “One of our pillars is transparency, so we want to tell you what this means,” they comment on the official blog. “We will be creatively independent, so we do not expect changes to Warframe or how the studio operates.”

According to Digital Extremes, they will continue to dedicate much of their effort to pleasing the community, “which has been with us since we launched Warframe.” In the article you have also provided a document with questions and answers. In this way, the developers have ensured that they will continue to offer content to players. The idea is to improve the product based on feedback from the community, as well as “develop the kind of great stories, gameplay” that everyone who has embarked on this adventure expects. “Tencent is well known for respecting creative decisions and the integrity of its studies, as well as for respecting the autonomy and independence to experiment, innovate and prosper.”

As for the goals that have been set regarding the immediate future of Warframe, everything happens to focus on the next-generation experiences for Xbox Series X and Xbox Series S, since the PS5 version is now ready. They promise many more surprises for 2021, but they have not advanced anything at the moment.

Chinese company Leyou Technologies Holdings bought the majority of Digital Extremes shares in 2014. Now, the group has been bought by Image Frame Investment, a subsidiary of Tencent.

Production of the new MacBook Pros has begun! Here are the...

Motorola’s next middleman will have 108 MP camera