Home Entertainment Warframe: What is the Duviri Paradox? 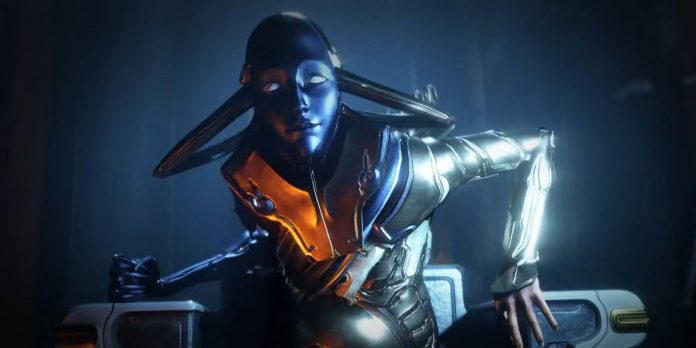 The popularity of Warframe continues to grow, with each addition there is more and more open-world content and cinematic story events. At Summer Game Fest 2022, Digital Extremes presented another trailer for the upcoming Duviri Paradox expansion, and more will be presented at Tennocon 2022 on July 16. Although little is shown in the new trailer, the unseen narrator promises that new dangers, threats and choices are ahead.

Previous extensions and microtransactions of Warframe continue to support the name and expand the number of its fans. In 2019, a detailed trailer for The Duviri Paradox, originally titled The Duviri Plans, began to provide context for this massive expansion, and the new 2022 trailer highlights some key elements. To understand the Duviri paradox, players must have a basic understanding of what was advertised earlier, as well as some of the current plot elements.

The 2019 Duviri Paradox trailer shows an almost monochrome alien world with a lone figure in a Zariman costume crossing the landscape. Soon the snake of emptiness Orokin appears, which knocks down the figure, exposing a faceless mask. In the distance, Zariman Ten Zero burrows into the ground like a lost ruin. Next, the second figure, possibly Dax, rides a horse creature and attacks the masked protagonist.

The wearer of the mask survives, as he can soon be seen riding the same horse, twirling a shotgun on his back as they drive to Zariman Ten Zero, the Orokin colony ship that disappeared into the Void during the Jump into the Void. The accidental jump also gave the inhabitants of this ship mysterious powers from the Void, which later became the Tenno controlling the Warframes.

The new trailer showcases most of the scenes from the original trailer, albeit a little more colorfully, and the narrator develops the latest threats and dangers. Staying vague at least until Tennocon 2022 seems to be working in the game’s favor as fans ponder the game’s future.

Since the details remain secret, there are several clues that can be discerned in the released content, starting with the name of the extension. The use of the word “paradox” implies not only the concept of a paradoxical phenomenon, but also resembles the real Paradox of Twins. These similarities may mean that time itself may be a vital feature of the expansion, along with the idea that people experience paradoxes due to the manipulated nature of time itself.

Warframe has hinted at the possible significance of Duviri in the past, teasing players with aspects that have long foreshadowed the expansion and its content. In the context of the New War, the time research class focuses on the idea that all time frames are correct and there may be ways to achieve them. Looking into the real world, the Sanskrit word “dvari” means “door”, which may indicate that the supplement seeks to explore the doorway in all infinite time frames.

Warframe’s popularity stems from its free-to-play, growing storyline, and open-world expansions that bring more content to players over time. With the release of the Duviri Paradox trailers in 2019 and 2022, Digital Extremes teased a new large-scale open-world story that can explore the nature of time travel, paradoxes and other elements related to the idea of time dilation and special relativity. As more content is promised to debut at Tennocon 2022 on July 16, players will soon have more answers to the riddles awaiting them in Warframe.

Warframe is available to play on PC, PS4, PS5, Switch, Xbox One and Xbox Series X/S.

Alaskan Bush: all the places where the wolf pack lived

The Arrow verse have just turned a fan-favorite hero into their...