Home Entertainment Warcraft: What makes Chrome and so special? 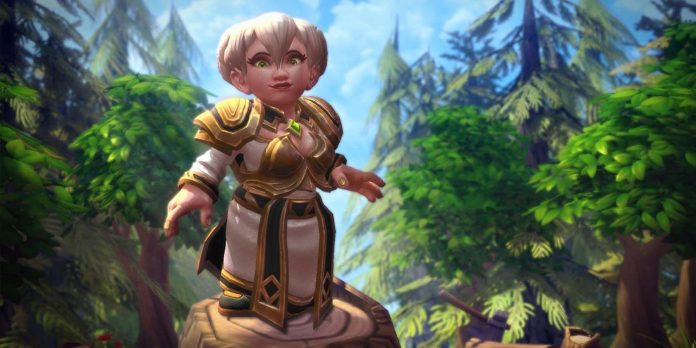 The Dragons of Azeroth will once again be at the forefront of the World of Warcraft storyline when Dragonflight is released this year. Players will embark on a journey through the Dragon Islands as part of a story deeply rooted in the classic legends of Warcraft. This will be the first time that Dragons will be the center of expansion after Cataclysm, and players couldn’t be more excited to see what Blizzard has planned for this ambitious expansion pack.

Chromie was designated male at birth, and she always struggled with how she wanted the world to perceive her. This struggle reached its climax when the Day of the Face of Chromie quickly approached. This day was a rite of passage for the dragons, as it was the day they chose which mortal form they would take. She confided in her friend Zidormi, who told her that perhaps the bronze aspect of the dragon Nozdormu would be better suited to point her in the right direction.

So, Chromie approached Nozdorm and asked him if he knew what form she was going to take, since the bronze pack specialized in viewing the timeline. Instead of telling her what the future holds, he told her that it was too personal a choice for him to sway her in a certain direction. It was not only a way for dragons to see how mortal races see the world, but also a way to influence how those same races see dragons.

Chromie has met with many other aspects of dragons to see what their mortal guises are, in the hope that she can figure out exactly how she wants to be perceived. Many emissaries from all over the dragon packs attend her Face Day, including Dragon Queen Alexstrasza. In front of all these dragons, Chromie declared that she had finally found the shape that best suited her. She understood that this choice was connected not only with how the world would see them, but also with how they saw themselves, and she wanted to see how the smallest of the species was building the world to create a better future on Azeroth. So, she turned into a female gnome named Chromie.

Chromie’s role in World of Warcraft

Chromie’s decision to become a female dwarf supposedly taught the rest of the dragon packs a lesson about their mortal guises, and it finally made her feel like she belonged. Then she worked hard at World of Warcraft, playing with time and making sure that Azeroth was protected. Currently, she is one of the few bronze dragons that actually interact with players and often participate in battles to protect the planet.

The Bronze Dragons assigned Chromie to investigate the Scourge in vanilla World of Warcraft, and she served as an ambassador for the Bronze Dragons during Wrath of the Lich King. She also helps the players on Mount Hyjal in Cataclysm and shows them the way to the Timeless Island in Mists of Pandaria. Recently, Chromie has become even more actively involved in World of Warcraft, as she is a non-player character that players talk to when they want to choose a specific extension for pumping a new character.

During World of Warcraft Legion, Chromie hired players to help her in a scenario known as “Death of Chromie”. She discovered that she was going to die in the near future and asked the players to help her understand why. She didn’t mind dying, but she knew that wasn’t how she was supposed to die. Together, the player and Chromie embark on a journey through time to find the culprit for this murder and make sure that the timeline is set correctly.

Chromie was seen in “Flight of Dragons”, but it is unknown if she will play the main role. Even if she is just a minor character, she is still one of the most important dragons of Azeroth and will always be a major character in the history of Warcraft. Time will tell where her story will go, although it will surely involve even more time travel shenanigans.

Amandla Stenberg talks about her concern about the ending of The...