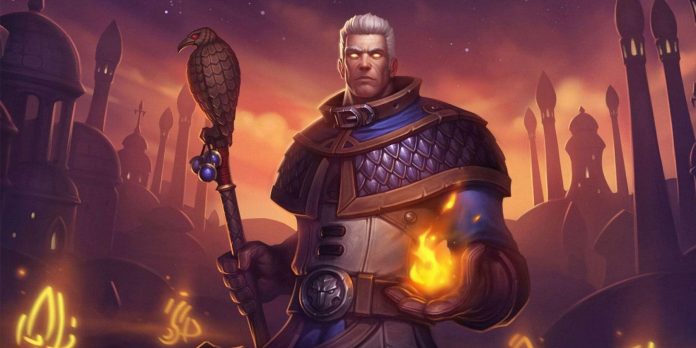 One of the most powerful magicians in World of Warcraft is the human Khadgar. He has been an important figure since the First War devastated the earth, serving as one of the main defenders of Azeroth during the Warlords of Draenor and Legion, but has faded into the background in the last two additions. Everything will change when he returns to the Dragonflight spotlight. What his story will entail is unknown, but it will undoubtedly be of great importance for the future of Azeroth.

Khadgar wasn’t always the powerful mage that World of Warcraft players recognized during their adventures. There was a time when he was just a boy who wanted to learn the art of magic. He was an inquisitive person, but his life quickly collapsed when he was forced to become a defender of the people. Without him, the world of Azeroth could have suffered a fate worse than death.

RELATED: Warcraft: The Creation of the First Horde

When Khadgar was 17 years old, he was sent as an apprentice to the great wizard Medivh. To many, including Khadgar, Medivh seemed nothing more than a kind and eccentric old man. Upon arrival in Karazhan, Medivh instructed him to clean the library. Wandering, Khadgar came across a room in which there was a vision of people fighting against orcs, and it seems that he was leading the attack. This shocked Khadgar, as he had no idea why he would lead this army into battle.

Once Medivh attacked Khadgar and accused him of being a thief, but the sage quickly apologized, remembering who Khadgar was. To compensate for this, he took him to explore the southern part of the kingdom riding griffins. There Khadgar met his first Orcs and warlocks. They will also face champion Anduin Lothar, who will urge Medivh to join the defense of Stormwind, but Medivh refused. In response, Lothar asked Khadgar to become Medivh’s caretaker, since he was making even more questionable decisions.

Medivh began to behave even more erratically and spent his days in seclusion. Khadgar began to doubt Medivh’s actions and fear that something was wrong with him. So he went out to meet the half-orc Garona, and they began to unravel what Medivh was up to. Khadgar realized that this great wizard was planning to open a portal between Azeroth and Draenor, and ran to King Llan Rynn to get a group of soldiers led by Anduin Lothar.

The group encountered Medivh and discovered that he had established a psychic connection with the warlock Ghul’Dan. Khadgar attacked his master and was able to drive a sword into his heart. However, Khadgar’s life force and magical energy will be sucked out of his body. With the remaining energy, he will bury his old master behind Karazhan’s back.

The aftermath of Medivh’s death

The Orcs continued to destroy Stormwind and forced people to flee to the kingdom of Lordaeron. Khadgar will escape with them, but the battle with Medivh will change him forever. His vitality will remain depleted, and his face will take on the appearance of an old man with gray hair. Fortunately, he retained the strength and agility of a young man.

Khadgar will be appointed the official representative of the Council of Six under Anduin Lothar. He played an important role in the fight against the Horde during the Second War, and they pushed the Orcs back to the Dark Portal. Anduin Lothar will die there, but Khadgar will destroy the portal. He will be overseeing the construction of the Void Guardian Fortress to defend against a new Draenor invasion, and this invasion will happen quickly.

Khadgar led an expedition to Draenor to stop the Horde once and for all after they tried to invade for the third time. He will be forced to close the portal from this side and cut off his forces from Azeroth. The Alliance believed he was dead and immortalized him with a statue. They had no idea that Khadgar’s story was far from over, and he would become one of the main characters of many additions to World of Warcraft.

Tom Holland As James Bond? The Actor Reveals How He Sold...