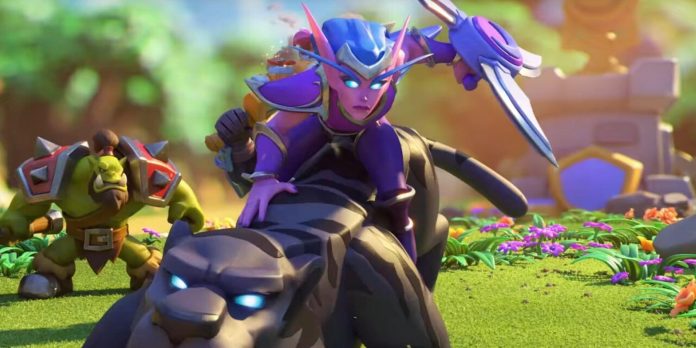 Earlier this year, Blizzard launched its latest foray into the mobile market with Diablo Immortal. This marks a new push by the studio to enter the mobile market, and this is the first new Diablo game since 2012. Many players found the gameplay and combat quite fascinating, and some thought it was a good adaptation of Diablo for mobile devices. However, Diablo Immortal’s predatory microtransaction model has caused a lot of controversy and further damaged Activision Blizzard’s public perception. The studio has shown no signs that it will change this model, and it is hard at work on its next mobile title, Warcraft: Arclight Rumble.

Microtransactions in Diablo Immortal have been the subject of discussion ever since players learned that fully equipping their character can cost them up to $110,000. Although these microtransactions are quite extreme, the game has already exceeded $100 million in revenue on mobile platforms alone. This return on investment will only give Activision Blizzard even more reasons to choose the mobile path, and it is quite possible that Warcraft Arclight Rumble will adopt the Diablo Immortal model. However, this could further damage Activision Blizzard’s reputation in the gaming community and harm the brand, which is already experiencing difficulties after two controversial additions to World of Warcraft.

Explanation of the Diablo Immortal Controversy

Diablo Immortal has been a source of controversy since it was announced at Blizzcon 2018. It was the first new Diablo game since Diablo 3 in 2012, and fans expected it not to be a mobile game. The announcement was met with a negative reaction and spawned the infamous phrase “Guys, don’t you have phones?” meme. The game started causing bad PR even before it was released, but it’s going to get even worse.

Diablo Immortal finally came out in June, and it was the biggest launch in the history of the franchise. Soon, players discovered predatory microtransactions rooted inside. If players want to reach the highest power levels in the game, the easiest way is to spend real money. Players can purchase buffs and modifiers to speed up their progress, and the game also has loot boxes with items that are not easy to get.

These loot boxes contain all kinds of items, including legendary-level gems. If players don’t want to spend a lot of time mining these items, they can buy loot boxes. Some players have calculated and found that it can take up to $110,000 to fully equip their Diablo Immortal characters, and this has caused controversy in the gaming community. However, there were players willing to spend money, and this gave Blizzard a reason to keep its model.

The Diablo Immortal microtransaction model has not only tarnished the Diablo franchise a bit, but has also created even worse PR for a company that has recently been involved in lawsuits and workplace harassment protests. Blizzard doesn’t look very good in the public eye right now, and controversies like Diablo Immortal don’t help. Blizzard cannot use a similar model for the Warcraft Arclight Rumble for the sake of its reputation.

The Warcraft brand is also in a quandary after two additions that are not well received by fans. Many players believe that the direction of the plot in Battle for Azeroth and Shadowlands does not make sense and does not correspond to pre-established knowledge. The player base also felt that Blizzard was starting to care more about keeping players in the system than creating a fun game. While Dragonflight strives to change this, some damage cannot be repaired. If Warcraft Arclight Rumble turns out to be the same as Diablo Immortal, the brand may suffer even more, and this is the last thing Azeroth needs.

Warcraft Arclight Rumble is currently in development for iOS and Android.