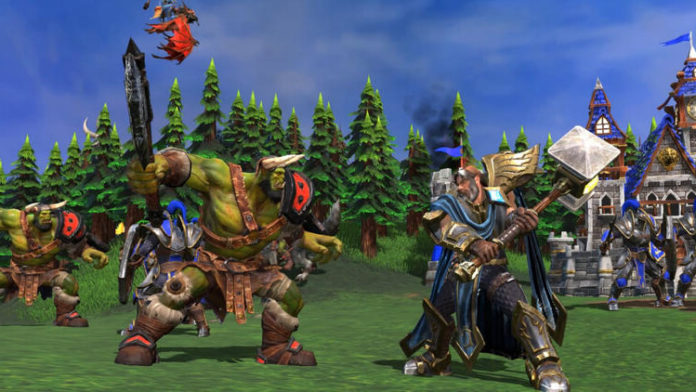 Blizzard announced that people who received Warcraft 3: Reforged can return the game without question. The game had a great reaction from the players since its release and caused Blizzard to be showered with criticism.

Warcraft 3, in general, may be the most efficient strategy game in the game world. The game itself, and possibly the best supplement package in the history of strategy games, The Frozen Throne is also the first starting point of the World of Warcraft, where the popular MOBA genre also plays millions of people.

We are very accustomed to preparing old games again according to new computers and new systems. However, apart from some major examples such as Age of Empires 2, these remakes are often subject to criticism.

Warcraft 3: Reforged was a big disappointment:
Warcraft 3 has been similarly renewed. With the advertisements made for Warcraft 3: Reforged, the features we actually encountered in the game did not match. Also, the game was full of bugs and playing the game could get nerves.

Another problem was the absence of many features of the original version in the game. The actors and critics said the game was “Lazy” in general. Many details in the game were removed from the game; the remainder was working incorrectly.

Faulty advertisements continued after the game’s release. As a result, Warcraft 3: Remastered was the game with the lowest Metacritic score of all time. While some people blame players and their community, it was Blizzard who was generally at fault. Moreover, players were confused about the Warcraft universe.

“Blizzard relies on the quality of our services and products,” the company said in a statement. Normally, we have restrictions on the returnability of a game, such as the date of receipt of the game and whether it was used. Nevertheless, we want to offer players who do not get what they expect from Warcraft 3: Reforged.

Blizzard also stated that a refund can be requested through Blizzard’s support site at this time. Players can thus receive the money they give to the game as a direct refund, not a loan that can be used in other games. Warcraft 3: Reforged was a remake of the game Warcraft 3: Reign of Chaos, released in 2002, and was first introduced at BlizzCon 2018. Despite the failure of Reforged, the original game continues to be considered a legend.

US Anti-Ransomware Summit Does Not Include China And Russia