Home Entertainment Wanderer’s Guide – Is It Worth Pulling for a Wanderer in Genshin... 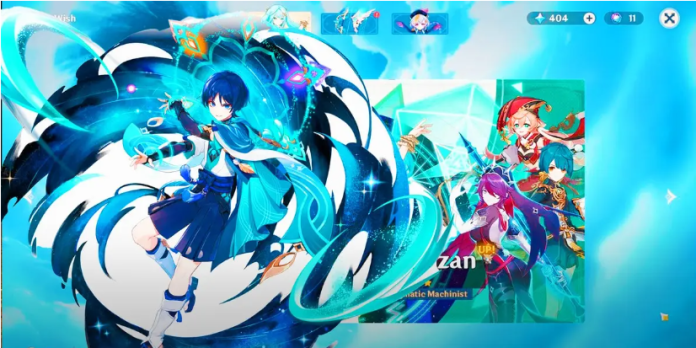 The “Anemo DPS” archetype has not been attractive for quite some time because of its powerful supporting mechanics, but now it’s time for the Wanderer to take this concept to a whole new level. With a well-designed Wanderer kit and flexible gameplay, it shows that not all DPS characters have to rely on the reactions of the elements.

In this article, we will talk about the strengths and weaknesses of the Wanderer and discuss whether it is worth pulling for him or not.

The Wanderer’s Guide: Why You Should Pull for the Wanderer

The Wanderer’s greatest strength is his flexibility in building a team, but in relation to himself as a center. This means that every command of the Wanderer must revolve around him, but since he does not rely on any reaction of the elements, you can take anyone with you and it will still work.

On the other hand, the Wanderer is independent and he does not need other characters specifically for work, that is, unlike Hu Tao, who needs Xingqiu and Elan, or Cryo-characters need Hydro.

The Wanderer also joins an “exploratory” squad consisting of characters who excel at navigating difficult or grueling terrain. These include Ayaka, Sayu, Wenti, Kazuha, etc.

Here are more reasons why it is definitely worth pulling for the Wanderer:

Do you like the Wanderer’s design and/or gameplay.
You have premium resources (5-star weapons, artifacts, command structures) to create an exceptional team of Wanderers.
You want to collect the former Harbingers.
You like the fun and flexibility that Anemo characters bring.

Why You Should Skip the Wanderer

There’s no denying that the Wanderer is cool and cool, but there’s still a long way to go once you get it. Of course, it’s easy to make it work, but it takes a lot of resources to optimize not only it, but also the rest of the team that you form.

The Wanderer has incredibly high damage multipliers, which makes it very difficult with maximum investment. This could mean weeks of artifact cultivation, if not months. In addition, he does not rely too much on the reactions of the elements, which makes cheap elemental support characters less optimal, and characters with a high level of investment more ideal.

There are also many more teams that require much less resources for the same amount of damage, such as the Xingqiu and Perma-freeze teams.

Hannah Waddingham: Ted Lasso Season 3 will be Chaotic for Rebecca