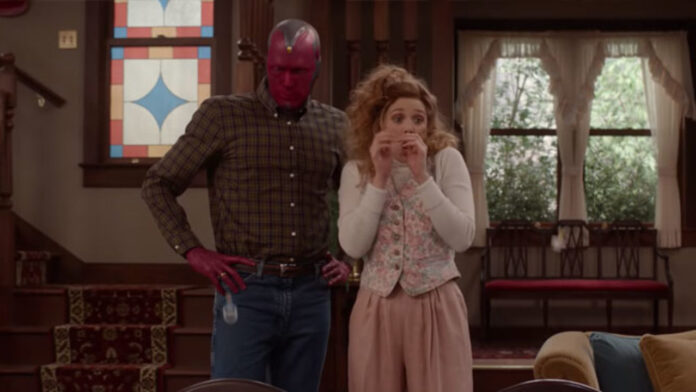 The big film studios are preparing to return to their activities, and ‘WandaVison‘ is one of the productions that needs to resume its recordings.

Due to the health emergency caused by the new coronavirus, the major film studios were forced to suspend all their activities, which has caused many productions to suffer delays in their releases, however, Hollywood is already preparing to return to Recordings, and one of the productions that has announced his return to the set, is that of ‘ WandaVision ‘.

‘WandaVision’ is one of the series that he published having managed to finish the recordings before the confinement for the film industry , however, it seems that they need to film some scenes to complement the first season, for that reason, the cast will return to the set in late July .

This production is one of the most awaited by the public, because it will show us a story set in the fifties about the characters of Avengers , the Scarlet Witch and Vision, which are played by Elizabeth Olsen and Paul Bettany.

The series is slated to premiere on Disney + in December 2020, however, due to the shutdown of activities due to the new coronavirus pandemic, this original Marvel Studios production is rumored to be running until 2021 .

‘WandaVision’ is not the only new original production from Marvel Studios to be released exclusively for Disney +, in addition to the story of the Scarlet Witch, Marvel is preparing to release ‘Falcon and the Winter Soldier ‘, which could also be delayed .