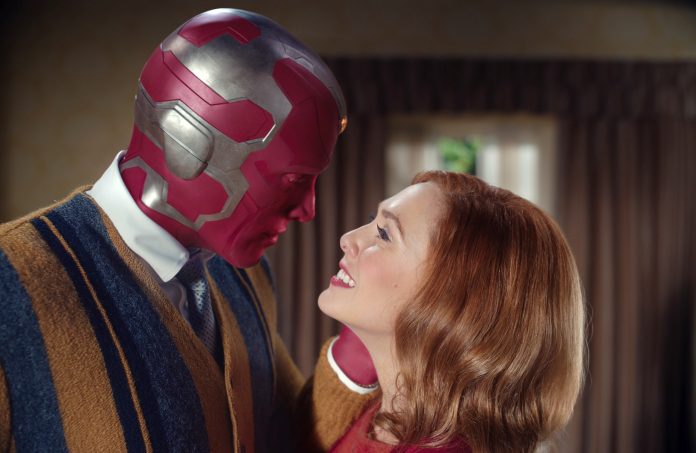 Disney + finally released the ninth and final chapter of the “WandaVision” series and here we explain what post-credits scenes mean for the MCU.

Contains spoilers! from episode 9 of WandaVision . Wanda Maximoff (Elizabeth Olsen) just can’t take a break. WandaVision started as an emotional disaster who lost her parents, her beloved brother, and her only true love (twice). By the time the series finale credits roll, he lost Vision (Paul Bettany) for the third time and had to lose his two sons; She also discovered that she is secretly an ultra-powerful wizard who could be destined to become a destroyer of worlds.

Oh, and the malevolent witch Agatha (Kathryn Hahn) forced a random Westview resident named Ralph (Evan Peters) to imitate Wanda’s dead brother … and Wanda unknowingly forced an entire town to live a devious existence as slaves. of sitcoms. Those will probably weigh you down a bit too.

As Wanda takes flight and leaves the unhaunted Westview and its legitimately annoying residents behind , the viewer can’t help but wonder how the eternally unfortunate Scarlet Witch manages to move on . The first post-credits scene of episode 9 centers on Monica Rambeau (Teyonah Parris) and offers little comfort in front of Wanda , but thankfully, the second gives us a glimpse into her life after Westview. But what exactly does WandaVision’s second post-credits scene tell us about the Scarlet Witch and her future role in the Marvel Cinematic Universe ?

Meaning of the first post credits scene of WandaVision episode 9

Jimmy Woo gets his moment of authority by taking control of the post-Wanda situation in Westview. This leads to an interesting question about what will become of Agatha. Wanda intended for her to be trapped in her Agnes persona, doomed to be Westview’s resident nosy neighbor, but her antics should be well known to the authorities and presumably to the townspeople. But she would end up in detention, despite what Wanda had planned for her. Regardless, Principal Hayward is arrested.

As Jimmy Woo and Monica Rambeau discuss the situation, another agent appears to question Monica . The two enter the Coronet Theater without Monica realizing what is happening. The agent is revealed to be a Skrull sent by a friend of Monica’s late mother, Maria Rambeau . This is consistent with the theory that the SWORD agents loyal to Monica on Hayward were probably Skrulls as well.

As previously explained on WandaVision , Maria founded SWORD after the events of Captain Marvel , where Carol Danvers began her mission to find the Skrulls a new home planet. It’s only natural that at least some of the SWORD agents in the middle are secretly alien shapeshifters.

WandaVision and her relationship with Captain Marvel 2

His mother’s friend Skrull speaks of is none other than Nick Fury . Fittingly, Iron Man, the first Marvel Cinematic Universe movie , featured Fury in the after-credits to recruit Tony Stark . Now it’s Monica who’s being recruited at the end of the first Disney + Marvel series , which should give you a pretty good idea of how important her character should be considered to the MCU going forward. Despite being on Earth for his assignments, Fury wants to meet Monica in space.

As we know from the post-credits scene in Spider-Man: Far From Home , which takes place shortly after WandaVision, Fury is currently in space with the Skrulls while Talos replaces him on Earth . There are two projects on the way involving Nick Fury and the Skrulls.

First up is Captain Marvel 2 , which is currently scheduled for November 11, 2022 . That film will feature prominently not just Carol Danvers, but Monica Rambeau and Kamala Khan , who will soon be the star of her own Ms. Marvel series on Disney + . Then there’s the Disney + Secret Invasion series . While filming is supposed to begin next month, it has not been said when the six-episode series is supposed to see the light of day.

Meaning of second scene post credits of chapter 9 of WandaVision

We see that Wanda Maximoff now lives alone in a remote cabin . At first, she seems to be living a normal, albeit lonely life, while making her tea in normal clothes. The camera then zooms into another room to show another Wanda, dressed in her full Scarlet Witch outfit , intently reading the Darkhold with her hands and eyes glowing. The pages turn by themselves.

Wanda is suddenly distracted by the screams of Billy and Tommy . Wherever they are, they are in danger and they need it. Whatever happens, Darkhold seems to be the answer. Despite being filmed in Ireland, the area is supposed to be Wundagore Mountain , the place where Wanda and Pietro grew up in the comics.

The setting here is for Doctor Strange in the Multiverse of Madness . Although Strange will appear in Spider-Man: No Way Home on December 17, 2021 for some multi-universal shenanigans, he will follow up with his own sequel on March 25, 2022 . Wanda has long been confirmed to be one of the main stars in this , and with some clever references to Evil Dead , this scene explicitly establishes that Doctor Strange 2 connection.

WandaVision showed the importance of Scarlet Witch in Doctor Stranger 2

The way Wanda is studying Darkhold is very similar to that of Dr. Strange who uses his astral form to study various books while sleeping in his first solo movie. The problem is that Darkhold is not exactly the safest thing to have in your possession , much less read. While everything Agatha says is suspicious, she was very insistent that Wanda’s acceptance of being the mythical Scarlet Witch will have absolutely disastrous effects on reality.

But there seems to be some method to his madness. While Wanda was able to explain what her resurrected Vision (aka “WandaVision”) was , we never got a full explanation of what Billy and Tommy were. Oh sure, they were constructions of some kind and couldn’t exist outside of the hex, but Wanda understood that there was more . As he said goodbye, he thanked them for choosing her to be his mother. Was it Wanda’s children who insisted that she get pregnant? What exactly are they?

In the comics, they were pieces of Mephisto’s soul , but they could be going in a different direction here. Were they drawn from different parts of the multiverse? Either way, Wanda wants to find them and will allow the Darkhold’s horrible side effects to be unleashed to get her children back . Did you like the ending of the Disney Plus WandaVision series?

Ann Heche will receive an honorable walk as organs are donated...