Home Entertainment WandaVision: The Mysterious Ads Were To Be the Work of Doctor Strange... 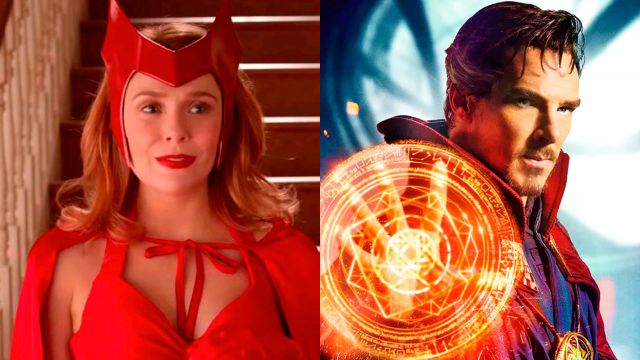 WandaVision: The president of Marvel Studios acknowledges that Doctor Strange had to appear in the last episode of Scarlet Witch and Vision as a cameo.Kevin Feige, president of Marvel Studios, has acknowledged in a recent interview that Doctor Strange was scheduled to appear in the latest episode of Scarlet Witch and Vision and that, in addition, he was responsible for the mysterious advertisements that aired in each episode and which turned out to be quite a puzzle for the audience. This is how the Rolling Stone medium (via Comicbook) collects it, thus discovering the original plans for the UCM series.

The wanted and failed cameo of Doctor Strange

According to Kevin Feige himself, the pandemic and production setbacks had nothing to do with the final absence of Marvel’s supreme sorcerer, since he was ultimately discarded by creative decision; but the intention was for Doctor Strange to appear in the series. Regarding the announcements, Feige assures that it was Strange’s way of entering Wanda’s world through references from the past, with the aim of finding an answer.

“Some people might say, ‘oh, it would have been great to see Doctor Strange,’ but he would have stolen the limelight from Wanda. We didn’t want the end of the series to advance the next movie, like, here’s the typical white man from ‘let me show you how powers work,’ ”Feige says. And they did not want WandaVision to be reduced to a simple introduction to Doctor Strange in the Multiverse of Madness, the next movie of the sorcerer that will also feature the presence of Scarlet Witch.