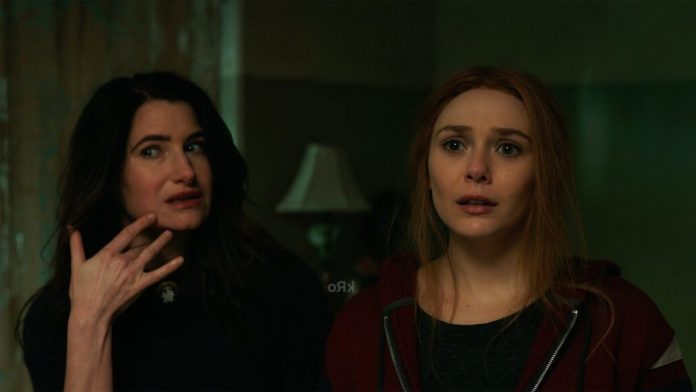 The “WandaVision” series on Disney + is getting closer and closer to its end, and here we explain every detail of the eighth chapter.

SPOILER ALERT! After what seemed like an eternity, episode 8, titled “Previously On”, arrived at Disney + this Friday, February 26, 2021, and it was not held back. As well as diving into Agatha’s backstory and revealing her true intentions, WandaVision Episode 8 also shed some light on Wanda’s past, how her hex came about and why. Not to mention all the other surprises that came along the way.

All in all, this eighth episode has been considered the largest of WandaVision to date, and is a must-see for any fan of the Marvel Cinematic Universe (MCU). So here we will explain a little how it ended and what remains to be seen in the season finale next week, which will possibly become one of the episodes that will shock viewers by what is in store.

The origin of Agatha according to WandaVision

“Previously On” doesn’t open in the sitcom-inspired way of most previous WandaVision episodes, instead opting to start with a flashback. It is the year 1693 in the city of Salem, Massachusetts, where a coven of witches punishes Agatha for her crimes. According to her mother, Evanora (Kate Forbes), Agatha betrayed them by seeking knowledge that was forbidden and delved into dark magic, breaking the rules of the coven. They try to use her combined strength against her, but Agatha is too strong: he defeats her fellow witches and takes her power, her lives, and her mother’s brooch, which we have seen her wear in almost every episode of the show.

This scene defines Agatha, and it also reveals almost exactly what she wants from Wanda. She is power hungry and knows that Wanda’s power is unmatched. That is why she is in Westview: Agatha will do everything possible to extract all the magical power that she can from Wanda. Furthermore, she shows how far she has come in studying hers, happily demonstrating her magical gifts to Wanda without a moment’s hesitation.

Plus, it’s a good way to reminisce about Agatha Harkness’s origins in Marvel Comics, where she also lived through the Salem Witch Trials. As in WandaVision, the comics-Agatha survives well into the present day and she continues to practice her craft. She eventually befriends Wanda, becoming her mentor and helping her hone her often uncontrollable skills. While it doesn’t seem like Agatha is taking Wanda as a student for next week’s episode, it can’t be exactly ruled out. After all, anything can happen in WandaVision and the MCU.

Towards the end of Wanda and Agatha’s excursion down memory lane, viewers witness how Wanda came to know SWORD and what they were doing with Vision’s corpse. Shortly after returning to Blip’s life, a mourning Wanda marches to SWORD headquarters in search of Vision’s remains, hoping to give him a proper burial. She asks and thus receives, with director Tyler Hayward (Josh Stamberg) putting the disassembled body of the synth on full display. However, he didn’t just hand Vision over to her, making Wanda angry.

She heads to Westview, New Jersey, which, at the time, was a normal city with many unassuming residents with whom viewers have become quite familiar. Wanda reaches the foundations of a house with the deed to the property that she and Vision own, indicating that they would have built their home forever there. Heartbroken for what will never be, Wanda unleashes a great deal of energy, turning the entire city into a black and white 1950s sitcom. This is the obvious beginning of Westview’s time under Wanda’s influence, leaving clear that she is responsible for the creation of Hex.

To make the situation even more shocking, it is revealed that Wanda never stole Vision’s body, as Hayward previously pointed out. She stated that a version of her own existed solely within Westview, hence he couldn’t escape so easily in episode 6, “New Spooktacular Halloween!” Since Westview-Vision is technically a creation of Wanda’s imagination, that explains why not only is he alive and well, but he was also devoid of memories of her until Darcy’s history lesson.

WandaVision reveals how Scarlet Witch got her power

Wanda’s skills on the big screen have become increasingly ill-defined as the years have passed. Exactly what she can she do and what the Mind Stone did to her has been a mystery for some time. Fortunately, WandaVision has started to set the record straight in an important way, starting with the flashback sequence in the HYDRA lab. When Wanda encounters Loki’s scepter, the crystal levitates and slides in front of her face. She then expels a burst of energy, and the silhouette of an angelic being appears briefly in her glow before disappearing completely.

As Agatha explains in the final moments of the episode, “Wanda is supposed to be a myth, a being capable of spontaneous creation.” She then points out that while creating and living within Westview, Wanda used Chaos Magic. Agatha warns her about the dangers of Chaos Magic, then refers to her as the Scarlet Witch, the first time Wanda has been called that in the MCU. It is well known that Wanda’s comic book alter-ego is the Scarlet Witch, and the being she saw in the Mind Stone definitely resembled her comic book appearance of hers, but Chaos Magic is a lesser known element. of her character.

Chaos Magic made her presence felt in the world of Marvel Comics and was described as a type of witchcraft that alters the fabric of reality and theoretically has the ability to completely destroy it. Given the way WandaVision has been developed, it’s fair to say that Elizabeth Olsen’s portrayal of Wanda Maximoff is now closer than ever to her comic book counterpart.

Who is Vision 2.0 on WandaVision?

In keeping with MCU lore, this week’s WandaVision adventure featured a post-credits scene. Taking the focus away from Wanda and Agatha, the series offers curious fans a glimpse of what Director Hayward and his subordinates from SWORD have been up to, and the reveal is hair-raising.

Using the remnants of the original Vision, which, again, Hayward has had all this time, despite lying about Wanda stolen, Hayward and his team have brought it back online, now with a white color scheme. He doesn’t speak or does much more than open her piercing blue eyes and familiarize himself with her new form. For longtime Marvel Comics readers, Easter eggs like this are impossible to ignore.

At the center of the West Coast Avengers # 49 story was Vision’s disappearance and attempts by various heroes to find him. They do just that, but he’s ripped apart, so tech genius Hank Pym is tasked with bringing him back from beyond the grave. He does, but the “new” Vision takes on a ghostly white appearance and lacks all the emotional development of his former self. What Hayward has in mind for “her” Vision of him, how the revived Synthézoid will behave, and what Wanda’s reaction to Vision Blanca will be are things worth keeping in mind in the season finale.

The final episode of WandaVision arrives on Disney + next week. Do you think another MCU character will appear in the end of WandaVision?

Why Terry Farrell left the show like Jadzia Dax