Home Entertainment WandaVision | Marvel Changes Its Post-Credit Scene, What Surprises Are There? 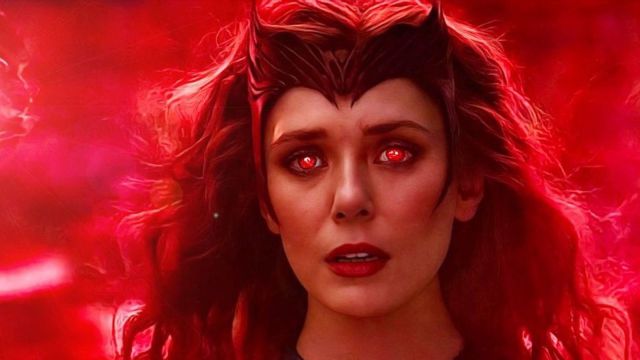 WandaVision: The Marvel Studios series, available on Disney +, has changed its final scene from the last episode with a nod to a very particular character. Marvel Studios has changed the post-credits scene of the latest episode of Scarlet Witch and Vision (WandaVision) on Disney +. As we told you in its day, episode 9 of the series had a final scene after the credits where you could glimpse a very determined future for the Marvel Cinematic Universe. Now, that scene is different and has generated controversy among the community.

Next, this news will relate sensitive content to be considered a spoiler or plot spoiler.

So what has changed in the WandaVision post-credit scene? The Matt Shakman series has always been linked to Doctor Strange by parallels and the way the character of Wanda Maximoff grows. In the initial post-credit scene we saw a landscape in the distance with nothing seemingly remarkable; but now we see a silhouette descending from that mountain.

From here, many questions and few answers. Fans speculate on Reddit that it may be the figure of Doctor Strange; Especially when on March 22, 2022 Doctor Strange will be released in the multiverse of madness. We invite you to consult the complete calendar of movie releases from the Marvel Cinematic Universe in this article.

But there is more. There’s another change to this new post-credit scene from WandaVision. There is more vegetation. Where before we saw trees, now there is a greater density of these and with a more accentuated color. The color gamut has changed slightly. Finally, it should be noted that now Michael Giacchino does appear in the credit titles, who is none other than the composer of the main theme of the film Doctor Strange (2016).

Marvel’s future, after WandaVision, Falcon and The Winter Soldier and Loki, goes through movies like Black Widow on July 9, Sang-Chi and the Legends of the Ten Rings on September 3, Eternals on November 5 and Spider -Man 3 on December 17.

Supernatural: Misha Collins Says He Would Like To Be In A...