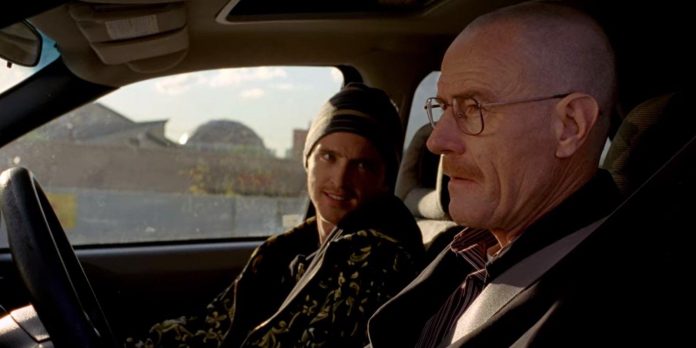 Walt and Jesse should return in season 6 of the TV series “Better Call Saul”, but how they will return remains a mystery. Nevertheless, those who participated in the show praised their performances as substantial, unexpected and enjoyable. What this means remains unclear, as well as how they will return. Since the action of “Better Call Saul” takes place before the events of “Breaking Bad”, the characters will apparently appear at the beginning of their meth production careers, although the spin-off has done machinations with the timeline before, so perhaps there are some tricks up the show’s sleeve. It looks like Cranston messed up some of these tricks.

In conversation with Basic! In the podcast, Cranston revealed new details about the return of Walt and Jesse in the sixth season of the series “Better Call Saul.” The actor said that there will be three scenes with the characters — one solo scene for Jesse and Walt and one where they are together. However, Cranston reports that since they shot everything out of order, he’s not sure which episodes he and Aaron Paul will be in, but he’s excited nonetheless. Check out Cranston’s disclosure below:

There is a scene in which Aaron is present without me. And there’s a scene where I’m without him. And then there’s the scene where we’re both in. So there are three scenes ahead. It’s pretty cool. But to be honest with you, because we shot everything in a bubble and completely out of order, I don’t even know what episodes we are in. You will find out.

“Better Call Saul” has already established itself as a worthy successor to what some consider to be one of the greatest TV shows of all time, and some even say that the spin-off surpasses its successor in quality. Jimmy McGill’s downfall was interesting to watch as the once good-natured lawyer slowly turns into a sloppy lawyer and a friend of the cartel, as the audience initially knew him. What, in any case, the appearance of Walt and Jesse will tell about the story of “Better Call Saul” remains to be seen, but as the show nears its conclusion, all bets are off the table.

The finale of the 6th season of the series “Better Call Saul” included one of the most shocking and violent turns of the show, when Lalo Salamans killed Howard in cold blood right in front of Jimmy and Kim. What this means for the rest of the season remains unclear, but it could have serious implications for how the end of “Better Call Saul” plays out. While some characters are guaranteed to survive, the fate of others (such as Kim Wexler) remains unknown. If the final episodes of the 6th season of “Better Call Saul” are somewhat similar to those that preceded it, viewers will be waiting for a brutal conclusion of the spin-off, which will unite their favorite characters and, quite possibly, separate others.

Kenny Omega Orally Dropkick Will Osprey In Front Of The Forbidden...