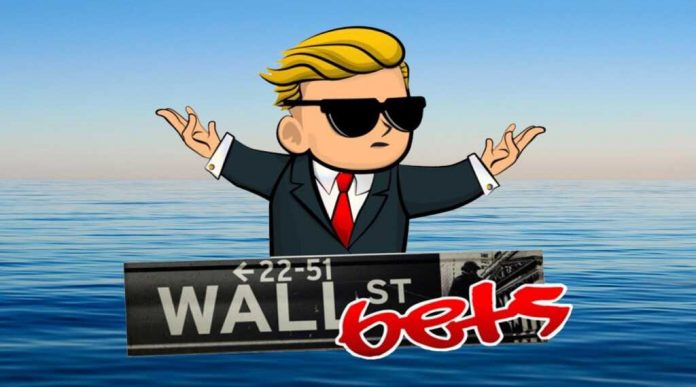 WallStreetBets announced that it will launch a decentralized application called WSBDapp. The WallStreetBets App is expected to be useful in combating market manipulations.

WallStreetBets, which comes to the fore with GameStop shares, is moving WSBDApp to the blockchain network to balance the products traded on the stock exchange (ETP) and to protect against market manipulations. The application will use WallStreetBets own token WSB.

The WSB token had IDO on the funding platform BSCstarter on Binance Smart Chain on April 20.

They are releasing new products

Leading names of WallStreetBets are working with experts in blockchain and fintech to issue ETP. According to the statement, ETPs, which are similar to index funds, can be traded completely decentrally and allow investors to trade with many assets.

Thus, it is stated that ETPs can be an alternative to market manipulations created by banks and hedge funds that are not transparent and have political connections.

Decisions are left to the community

WallStreetBets wants to engage community members, rather than privileged individuals or certain institutions, to determine when and how ETPs will be balanced. He points out that what is needed for this is a decentralized autonomous organization (DAO), which enables decisions to be made without relying on an authority.

Thanks to the DAO, community members will be able to vote with the WSB token to balance ETPs. Shares such as Tesla (TSLA), Apple (AAPL), GameStop (GME) will be subject to voting.

Jaime Rogozinski, founder of WallStreetBets, says financial markets will become stronger and more democratic with the combination of blockchain technology. According to him, this will have an effect that will empower people.

Whales Are Collecting These Altcoins In The Bloodbath!