Home Crypto Wall Street Veteran Draws Attention to 4 Altcoins: These Are the New... 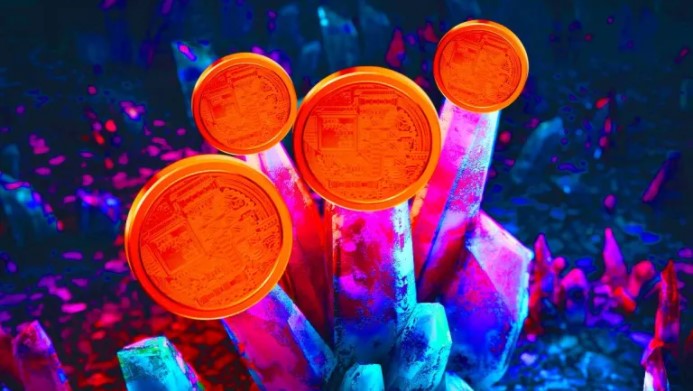 Shiliang Tang, a former derivatives trader for major Wall Street banks and chief investment officer of a $150 million crypto hedge fund, shares 3 altcoin projects that “could attract a lot of capital” and 2 emerging trends to watch in the coming year.

Entry and specialization in the crypto market

Shiliang Tang discovered Bitcoin (BTC) in 2013 after the European debt crisis. After studying Bitcoin technical structure and Blockchain technology, Shiliang Tang started following the development of crypto money. However, it wasn’t during the raging Bitcoin boom of 2017 that the market thought it was “big and mainstream” enough to break into it full-time.

In four years, the depth and breadth of the nascent market has grown so much that Shiliang Tang has been able to trade many digital assets using traditional quantitative strategies such as statistical arbitrage, trend tracking, and options trading. “I felt like the time was right,” said Tang, who joined crypto hedge fund LedgerPrime as chief investment officer in 2017. Institutional capital started flowing in and derivatives were introduced,” he says.

Shiliang Tang realized that selling a “covered call” has become a popular strategy among individual traders. The “covered call” strategy is performed by holding a long position on a security and then selling a “call option” on the same security. When investors sell “covered calls,” they are reversing the future of the security for short-term profits.

Three altcoin projects that will continue to attract capital, according to Shiliang Tang

Bitcoin’s flash crash on Saturday in a classic cascade of liquidations was not a strange phenomenon for a seasoned crypto trader like Shiliang Tang. However, one thing that has caught his and others’ attention about the recent sell-off is how Ethereum and other major altcoin projects have outperformed Bitcoin. Ether’s price ratio against Bitcoin reached an all-time high of 0.087 on Wednesday afternoon in New York.

According to Shiliang Tang, new capital entering the crypto space this year has supported many altcoin projects. According to The New York Times, citing data provider Pitchbook, venture capital investors poured $21.4 billion into blockchain and crypto companies in the first three quarters of the year. “Most of this capital does not necessarily go into Bitcoin,” says Shiliang Tang.

For example, Paradigm, which recently raised $2.5 billion for the largest ever crypto venture capital fund, announced that it will continue to invest in “next generation crypto companies and protocols.” While a lot of corporate and VC money is flowing into decentralized finance (DeFi) and Web 3.0, Shiliang Tang thinks certain Layer-1 protocols will also be worthy contenders for capital, and Avalanche (AVAX), Fantom (FTM) and Near Protocol (NEAR) ) as three smart contract platforms that will continue to attract capital.

2 trends to consider in the coming year

With more Layer-1 protocols appearing on the scene, Shiliang Tang says something to watch for in the next year are solutions that help the average user move assets cross-chain more easily and seamlessly:

I think in the future, when dealing with the crypto economy, you won’t necessarily know which Blockchain you’re sitting on. But right now it takes a fair amount of sophistication and time to switch between Solana, Ethereum, and Avalanche. This, in my opinion, is preventing too much adoption on some of the newer blockchains.

Recently several “bridges” have appeared to try to solve this problem. For example, Ethereum Layer-2 solutions Arbitrum and Optimism and naturally there are bridges associated with them. There’s also Wormhole, which aims to bridge the gap between Solana and other DeFi networks. Shiliang Tang comments:

I think it’s still too early for most of them to be fully functional. However, as these projects are implemented, we are hopeful that they will be able to bridge assets across various blockchains seamlessly, and more importantly, securely and quickly.

Another theme on Shiliang Tang’s radar is the growth of on-chain wealth management projects that aim to bring traditional asset management strategies to Blockchain and pass their returns on to the end investor or user. One project in space is Ribbon Finance (RBN), which creates structured products on Ethereum. The firm’s first product focuses on returns through automated options strategies. Shiliang Tang explains:

An individual user unfamiliar with the options can deposit money into a safe and get that yield. Previously, they had to understand the options. They had to round up the dunning, expiration, and dunnings to manually determine the payoff. From a user perspective, it’s much better.

Like bridges, many on-chain asset management products are still in their early days of construction. “Once they mature in a few months, it will be interesting to see what kind of real strategies they can create and what kind of return they can deliver to their end users,” adds Shiliang Tang.

Interesting Event in This Metaverse Coin: It Made 1,000 Percent Price!

Weekly Bitcoin Forecast Out: Here are the Expected Levels!