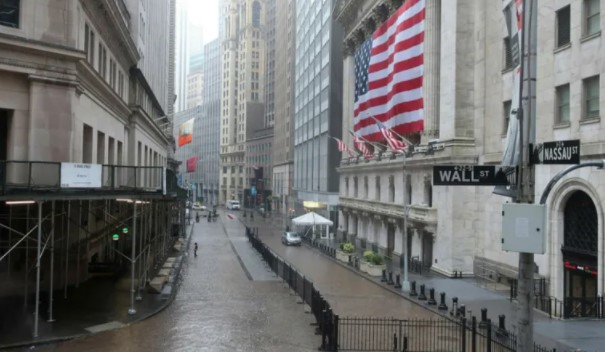 A Wall Street research chief who was once a Bitcoin miner said that crypto has failed in its quest to disrupt traditional finance. He explained why and explained how investors can still be smart and which altcoin projects they can monetize. Expert Alex Pickard professionally mined Bitcoin for a while. He says the cryptocurrency community is choosing profitable speculation over less lucrative investments. Still, he says crypto could work as an investment and tells prospective investors which altcoin projects to consider.

As Somanews previously reported, crypto lovers talk about playing a role in a financial revolution. This revolution will give them big gains along the way. However, there is often tension between the goals of making money and building a DeFi world, according to the expert. Alex Pickard, a former Bitcoin miner who is vice president of research at Rob Arnott’s Research Affiliates, says that when given the choice between radically changing the world or making money, crypto enthusiasts definitely choose to cash out.

In a new report for the firm, Pickard writes that while cryptocurrencies and blockchain technology have led to some significant technological innovations, they have not completely disrupted the financial world, and it is doubtful that they will fully change from now on. This kind of decentralized disruption would not be profitable for banks or governments and could also cost crypto investors money. “The goal of the average cryptocurrency owner is not to disrupt the world, but to monetize their investments. And if they could start a devastating future but lose money to do it, they wouldn’t. As a whole, the community is moving against disruption,” he says.

He first invested in Bitcoin in 2013 and made a larger investment in 2015. The expert says it has an “evenly-weighted mix of the top 10 cryptocurrencies ranked by market cap, with some tactical adjustments.” He was also a full-time BTC miner for a short time ending in early 2018. He concludes that cryptocurrencies have real value, but most of their price is determined by different types of speculation. Noting the speculation, the expert says that’s the price investors are willing to pay to get involved in the cool, “avant-garde” crypto community.

If crypto adoption becomes widespread, money could flow into the space, but these premiums will decrease, Pickard said. Speculation will decrease and the price of currencies may also decrease. “It looks like something that will exist in the future, and when the future is implemented in the present, no one will want to speculate,” the expert said. He said that supporters of Bitcoin withdrew efforts to get individual investors to accept the currency around 2014 or 2015. Instead, he writes, he began to emphasize that Bitcoin could be a “store of value.” According to the expert, they also encouraged holding cryptocurrencies and waiting for them to rise in value rather than spending them. In doing so, he says, these backers speculate on adoption.

Cryptocurrencies and altcoin projects as an investment

While this was very lucrative for some crypto buyers, it removed the impetus needed for the widespread adoption of crypto. Pickard says it’s probably too late to change that. “I think this was the beginning of the end of the threat posed by cryptocurrencies to traditional financial institutions,” Pickard wrote. Meanwhile, crypto and blockchain technology have coexisted with traditional banking for years and have not uprooted financial institutions. Instead, many of these well-established institutions have learned to live with crypto and have even incorporated some cryptocurrencies into their operations, reducing the likelihood of future disruption.

But he adds that crypto has uses and still works as an investment. He offers the following as the rules of the road for anyone who wants to make money in the market:

Don’t invest more than you’re prepared to lose because these things have dropped 80%, 90% multiple times in their history. That said, seriously consider how you would feel if you lost everything you invested in crypto investments and don’t bet on crypto any money you might need in the near future.