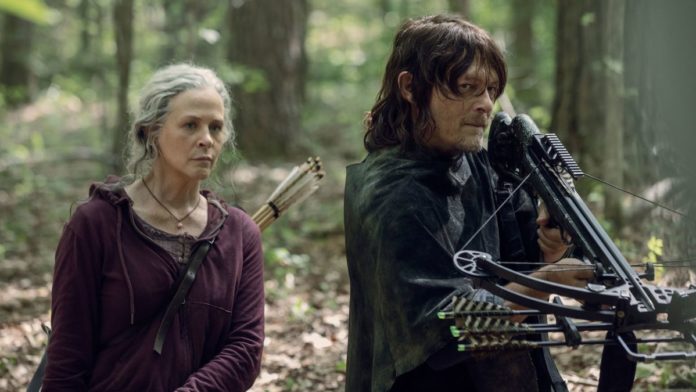 The Walking Dead season 10 finale also suffered from the corona virus (covid-19) outbreak. We see that all important events, concerts, sports leagues have been postponed for days. The cinema and TV series industry was also greatly affected by the epidemic. In addition, the spin-off series “World Beyond”, which will begin after the series ends, was postponed due to the outbreak. The new series was planned to begin after the season finale was released.

When will we be able to watch the finale of the series?
“Unfortunately, current events caused such a decision to be made,” the AMC channel said in a statement on the postponement decision. The Walking Dead season 10 finale became impossible to complete. So the last episode of the series to be released this year will not be final. The 15th episode will air on April 5. The final episode of the series will come as a special episode. ” The release date of the special final episode is not yet known.

It was stated that the series was in the production stage, and adjustments such as music and sound editing were made. Even though it was up to the fans to make such a decision with two weeks before the final publication, we have seen in other productions that similar decisions were taken due to the corona virus (covid-19) epidemic.

After KIA, GM also changed its logo! Here is the new...