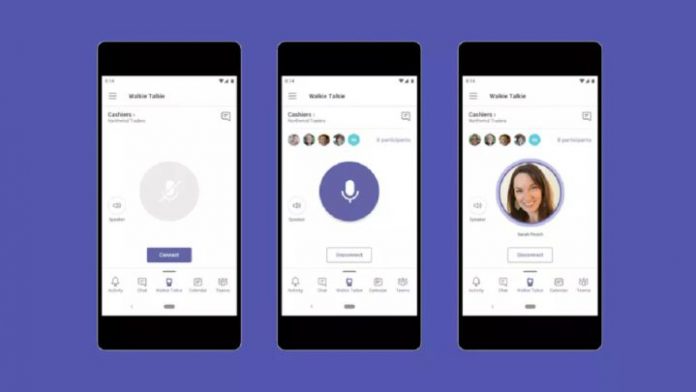 Microsoft Teams: Talking with your closest friends by phone is simple, as is using your mobile to contact them. This is now that telecommunications have become so popular and improved to the point where everyone has a mobile handy, but there are still some who use radio systems to communicate with others like the so-called Walkie Talkie. And it is that a function similar to the use of these devices is the one that Microsoft Teams will soon incorporate with the push to talk.

Push to talk will be available in Teams

Microsoft has given users a good solution to communicate with multiple people quickly and easily. We are talking about Teams, the solution that has helped companies and groups to stay up-to-date despite COVID-19, although it has not been the only one. The application still has a long way to go to be even better, but for now there is something new for everyone, which is the push-to-talk function.

It can also be called Walkie talkie function, which is basically the same. This is a perfect feature to safeguard you from the hassles of an open mic inadvertently. The good thing about this feature is that no one will hear you unless you press the talk button, at which point you will not hear anything that the other participants say either. As a curiosity, this feature was available only to a few users, but luckily it comes to all those who use the application regularly.

The integration of the Microsoft Teams Walkie Talkie feature is a great novelty that will help more than one user to communicate with the rest of their team. This is a very interesting feature for companies that need a similar feature to keep everyone connected.

In fact, being an application that is installed on all mobiles and using mobile data or WiFi, it will help reduce the costs of communication devices. As we told you, this feature is currently in development and according to the Redmond company page it will be available in September and for users of an Android device.