Home Entertainment Walker’s Showrunner Talks About The Big Problems In the Third Season For... 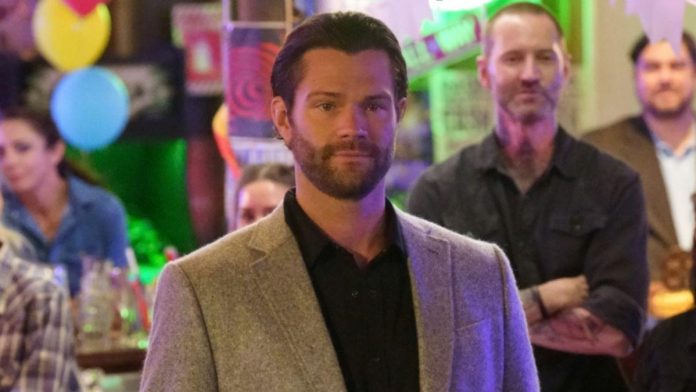 The CW’s Walker survived a red cancellation wedding in the spring, and the show is gearing up for its third season. After the explosive finale of the second season and the unexpected cliffhanger of Cordell, Jared Padalecki is waiting for a lot of new challenges when new episodes return. Showrunner Anna Fricke recently told what difficulties he will have to face.
At the end of the 2nd season of “Walker”, despite the fact that the Walkers and the Davidsons corrected the situation, in the last minutes of the finale, the plot took an unpleasant turn. While Cordell, Liam and Trey were chasing each other, Liam and Trey caught up with Stella, and her father was nowhere to be found. In the shot of the white van, the Texas Ranger was unconscious and tied up in the back. Anna Fricke teased TVLine that Cordell’s past would come back to haunt him and every character would be pushed to the limit:
We are very excited about the opportunity to learn some things about Cordell Walker that we never knew and to see his family in a new light. In the second season, we focused on Cordell taking care of other people and sacrificing something for them. In season three, we look back at what happens when Walker’s past comes back to haunt him because he has a very complicated story and it follows him and it affects his family — but they’re in a different boat than they are. we were a couple of years ago. People have grown up and learned some lessons, so I’m really excited to push the characters to the limit of their abilities to see how they actually respond to criticism.
It is unknown how far into Cordell’s past the 3rd season will go or how much things will become more complicated, since a lot has already happened to Cordell in just two seasons. Many people have already left his life. It will be interesting to see what happens in the third season and how it affects Cordell.
What I really like about Walker is that it focuses heavily on the family aspect. From what Anna Fricke says, it looks like fans are going to have a tough ride in the upcoming season, and it won’t just be with Cordell. The whole Walker family and their friends will have to go through some difficulties, so the fans will not want to miss a minute.
With the release of the third season of “Walker,” Jared Padalecki continues to establish himself on the CW as a different character than his longtime role as Sam Winchester in “Supernatural.” Former co-star and on-screen brother Jensen Ackles filmed an episode of the second season earlier this year, and Ackles said there is a “possibility” that he will appear in front of the camera if his schedule opens.
He has been busy since the very end of Supernatural, actively acting as a boy soldier in the third season of Boys. He has also been promoted to regular status in the next season of “Big Sky” on ABC, and he has a prequel series “Supernatural” in development. for the CW too.
The third season is not the only thing that fans of the Walker universe can expect in the 2022-2023 TV season. The premiere of the prequel series “Walker: Independence” will also take place in the fall. The show will take place in the 1800s and will follow Abby Walker Kat McNamara after her husband is killed when she travels west and ends up in Independence, Texas.
Don’t miss Cordell and his ongoing struggle in the third season of “Walker,” which premieres Thursday, October 6, at 8 p.m. EST on the CW! Check out the CinemaBlend TV program for 2022 to find out what else to expect.

The Witcher Already Has Almost Complete Scripts For Its Season 3