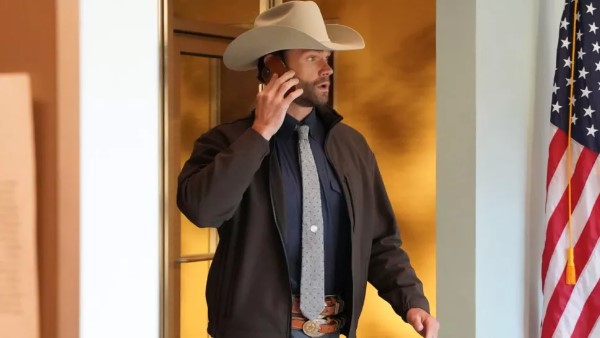 Is Cordell Walker going to the 1800s?

Jared Padalecki has dealt with bad guys as Texas Ranger Cordell Walker in The CW series “Walker” for only a few seasons, but the series has already managed to get a spin-off prequel “Walker: Independence”. While the spin-off takes place in the late 1800s and follows Cat McNamara as Walker’s ancestor, Padalecki apparently still wants to appear in the series.

Despite the fact that Padalecki is not starring in the prequel, for obvious reasons, he is still actively involved as an executive producer. In an interview with TVLine, he expressed interest in appearing in the movie “Walker: Independence”, and he has quite a lot of options for how this can happen, since the series is filmed in different states:

This is what we have been talking and thinking about since the first day of the Walker Independence concept. And whether it’s a memory of Walker, or a retrospective of Walker’s Independence, or they can dress me up enough to allow me to exist in Independence, but not as Cordell Walker, I see a lot of fun ways to sort of integrate the two, and keep this Walker verse flourishing and add Easter eggs.

It would definitely be nice to see Jared Padalecki in a short cameo role in Walker: Independence. While I’m wondering how the show can make this work, considering they’re set in different centuries, the actor has some interesting ideas! There may even be a way to do this without the need for Padalecki to be in Santa Fe, New Mexico, where Independence is being filmed.

Although it is unknown whether we will see Jared Padalecki in the series “Walker: Independence” and if so, then recently a very familiar face appeared in the series for fans of “Supernatural”. Former King of Hell Mark Sheppard plays Hagan in the Walker prequel, and even though Hagan isn’t Crowley, it was definitely fun to see him back on the CW.

Of course, it would be nice to just focus on Cordell in the present on Walker, as he and his brother Liam are still going through this after the abduction. Cordell has already become a different person after those events, even if he doesn’t want to believe it and behaves as if everything is fine. Although, maybe Abigail will appear to him in a dream? Or his parents could tell him some stories about their ancestors.

As for the movie “Walker: Independence”, the series seems to be already leading Abigail to disaster in the first season, although the loss of her husband was already quite severe. Now that she’s a legal adviser, she can not only continue doing her job, which she’s good at, but also keep an eye on the sheriff who killed her husband. So right now both series seem pretty busy with other storylines, but if that fits into the story, who knows if Jared Padalecki will appear in Independence in the near future? Even if he’s just some random guy driving around town.

Since Jared Padalecki really wants to appear in Walker: Independence somehow, fingers crossed, it will happen. In the meantime, new episodes of “Walker and Walker: Independence” air on Thursdays at 20:00. Eastern time and 21:00 ET, respectively, on the CW. Check out the CinemaBlend TV program for 2022 to find out what else to expect.

The Conners are already giving Emma Kenney another shameless reunion with...