Home Entertainment Walker: The director of Independence shared all the photos from the shoot,... 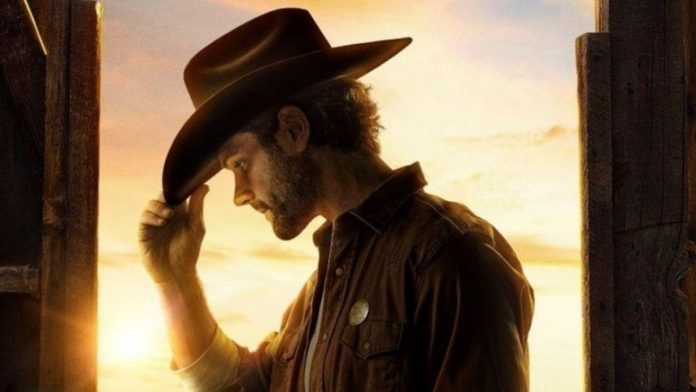 As fans of the popular Jared Padalecki series prepare for the upcoming third season after the explosive finale of the second season of “Walker,” they are also preparing for a series of prequels. “Walker: Independence” will tell a completely new story of the Walker family, which takes place in the 1800s. And Larry Teng, the director of the pilot episode, shared a bunch of photos that make me more and more excited about the series every day.

Larry Teng has directed a number of shows, including Nancy Drew from the CW series. Adhering to the tradition of sharing photos from the series that Teng has shot or is currently shooting, he has definitely posted on Instagram several photos from the filming of the pilot series and the screen test, and they are amazing. To begin with, the director started posting photos some time ago, and if I didn’t know any better, I would assume that we really went back to the 1800s.

“Walker: Independence” stars “Shadowhunters” and “Arrow” veteran Catherine McNamara as Abby Walker, and, of course, Ten couldn’t help but show the actress in her new Western outfit. Although she doesn’t have a bow and arrow, the western looks great on her and her partner Katie Findlay.

A show like “Walker: Independence” would be incomplete without horses, so, fortunately, one of the cool photos posted by Larry Teng shows stars Matt Barr and Justin Cortez on several horses. (And they make me dream not only of riding a horse, but also of looking good at the same time.)

He also took to his Instagram stories to say goodnight to Independence, Texas, at the end of a long day. Not a bad way to start the evening, imho…

In the past, the director was known for keeping fans up to date on the Internet and sharing some pretty cool posts, as Teng shared a touching message before the premiere of NCIS: Hawaii, which he also shot. It is not known how many episodes of “Walker: Independence” will be directed by Larry Teng, although he has participated in several episodes of other shows in the past, but hopefully before the premiere he will have a lot of additional photos that he can share.

Meanwhile, “Walker: Independence” is one of three shows given the green light by The CW to move to the series in 2022, and the other two are the Supernatural prequel series “The Winchesters” and the new DC show “The Knights of Gotham.” Coincidentally, all three shows are connected with the supernatural: Jared Padalecki was the executive producer of WIndy, Jensen Ackles is part of the Winchesters, and Misha Collins is the star of Gotham Knights. So it looks like the SPN boys just can’t get enough of their home network.

Don’t miss the premiere of the series “Walker: Independence” on Thursday, October 6, at 21:00. EST on the CW! Check out the CinemaBlend TV program for 2022 to find out what else to pay attention to.