Home Entertainment Wait, was there an idea for a prequel movie to the movie... 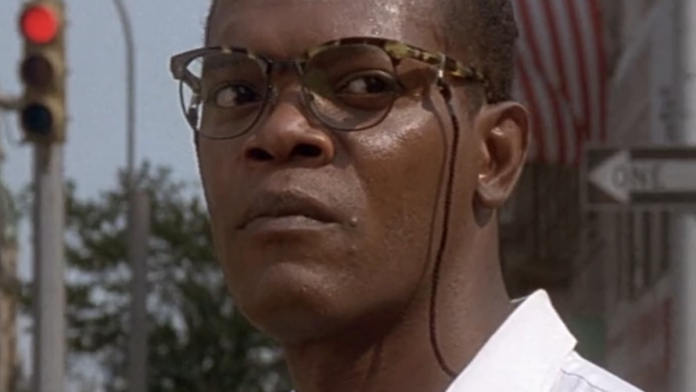 Ask most TV fans to pick the best TV drama of all time, and you’ll probably hear the same titles over and over again. Some would choose the fall of Walter White (Bryan Cranston), which is documented in Breaking Bad. Others might choose Tony Soprano’s tragedy, especially because the Soprano ending leads to such a racy debate. As good as these series are, I like David Simon’s “Wiretap,” which delves deep into the corruption that is devouring Baltimore, from the city’s ports to its neighborhoods and school systems. And recently we found out that one of the actors of “Wiretapping” wanted to expand the story with a film until he was voted for.

The Wire is celebrating its 20th anniversary this year, so it can be purchased on Blu-ray, DVD and digitally, as well as streamed on HBO Max (so upgrade your HBO Max subscriptions and start watching it right now). In honor of this event, CinemaBlend interviewed Simon, producer Nina Noble and key members of the ensemble. It was during this conversation that Wendell Pierce shared his idea for a prequel movie for The Wire, explaining:

I actually convinced David (Simon) to do the movie. To make a prequel “Wiretapping” about how Stringer (Bell) and Barksdale got together and took over the Towers from another family. And the head of that other family was supposed to be Samuel Jackson. And I really convinced him! And then we had a round table somewhere, and Richard Price — I’ll never forget — said, “If David makes a movie about a damn Wiretap, I’ll disown him!” And David was like, “Yes, you’re right.” …We had a round table for the New York Times, and I was like, “Damn, thank you, Mr. Price.” Mr. Klokers!” Who made a movie based on HIS book! Oh, I was so angry.

Richard Price is an award—winning writer and screenwriter, best known for the films The Wanderers, Lush Life, and the 1992 book The Clokers, based on which Spike Lee made a film in 1995. This story also concerns criminals caught between the police and drug dealers. only in Brooklyn, not Baltimore. But Price worked well with David Simon and participated in numerous scripts for The Wire during the show’s five seasons. When Price was talking, David Simon was listening.

Now that I know that a prequel movie to The Wiretap is possible, I really want to watch it. I’ve never heard this story before, although we’ve documented 10 fascinating behind-the-scenes facts about the HBO program. Some time ago, we even discussed “Wiretapping” and “Breaking Bad” in order to definitively determine which TV drama takes first place. Spoiler, they’re both incredible, and they need to be watched.

Probably, too much time has passed since the “Wiretap” went off the air, and it doesn’t make much sense to return to the film now. But it’s interesting to note that “The Sopranos” creator David Chase did return to his fictional world for the “The Sopranos” prequel “Many Saints from Newark,” which was well received. So this type of narrative is possible. Look for other stories from our anniversary chat with the cast of The Wire while summer goes on.