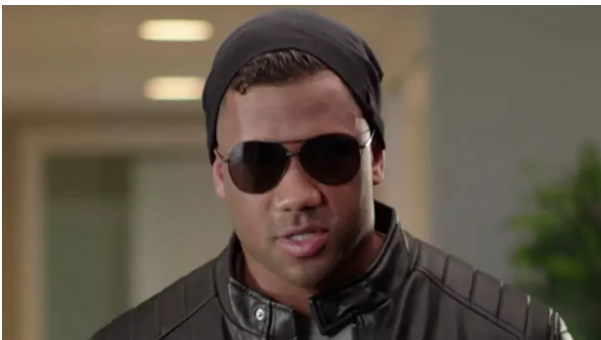 Russell Wilson has been in the news quite a lot during this NFL season after his move from the Seattle Seahawks to the Denver Broncos. But not all the reasons were positive (he has something in common with former Super Bowl opponent Tom Brady). The quarterback is back in the spotlight thanks to his recent collaboration with Subway, which spawned a commercial that fans called clumsy. Now Wilson’s sandwich is no longer on the fast food chain’s menu, and people are wondering: is it because of Wilson’s advertisement?

The NFL quarterback presented his “DangeRuss” image as part of the promotion of his Subway menu offering called “Dangerwich”. The sandwich consists of pepperoni, salami, black forest ham, provolone cheese and bacon on Italian herbs and cheese bread. It is also covered with lettuce leaves, green peppers, tomatoes, banana peppers and garnished with yellow mustard and mayonnaise. It sounds like a great combination that fans shouldn’t complain about yet, after watching Wilson’s commercial, people have something to say. Check out one of them below, which Wilson shared on his Twitter account:

This advertising campaign was launched back in May, and now that the football season is in full swing, some people probably want to enjoy their “Dangerwich” by watching Russell Wilson. Unfortunately, as the New York Post notes, this sandwich is no longer on the Subway menu. A representative commented that the treat was removed simply to make room for other items, but fans can’t help but wonder if Wilson’s clumsy advertisement was the reason. Currently, there are a lot of memes ridiculing commercials. One even claims that advertising actively leads business to the competitors of the sub-store:

Although this item was removed from the menu back in August, a Subway representative confirmed that the food would be back “soon.” However, one has to wonder if this will happen, given the violent memes circulating about Russell Wilson and his signature. The Super Bowl winner and one-time Entourage star struggled to get back in shape in his first season with the Broncos, and in 2022, playing, he really didn’t look like himself. Some fans see this and wonder if the restaurant franchise can find another face for its franchise, unlike the Broncos:

Russell Wilson is completely self-destructing and taking Subway with him pic.twitter.com/QAGpjaQg0b

It’s also worth noting that NFL viewers used these commercials to make fun of the Broncos franchise, and edited them to make the quarterback look silly. Take, for example, this meme that was edited for fans to use when the Broncos lose, or take the letter “L”:

Fans who are not NFL players may not realize that, generally speaking, Russell Wilson has been criticized by fans in the past for his clumsiness. Before the start of the NFL season, he became a meme after a video of him filming for a stadium jambotron went viral. Since then, “Broncos Country, Let’s Ride” has been edited and remixed, and this season it continues to be a widely used meme:

Andy Dalton would fit right in as Russell Wilson's backup.

As Dangerwich presumably returns to Subway, it will be interesting to see if the growing attention to advertising leads to decent sales. After all, the sandwich itself sounds appetizing, and the absurdity of the commercial only makes it more popular. (After all, Subway still makes tuna sandwiches after Jessica Simpson trolled it.) So can the demand for a subwoofer reach the level of popularity of Sechaun Sauce at McDonald’s just because of an NFL player associated with it? If so, it could be the feather in the Denver Bronco cap and maybe something that will encourage fans to loosen it up a bit. (And if that doesn’t work, can we talk about more positive things, like Wilson’s adorable dog.

You can check their local rosters to find out when Russell Wilson and the Denver Broncos will play in your area. Football fans may want to purchase an Amazon Prime subscription this year because of the Thursday Night Football deal, or check out the CinemaBlend guide on the NFL+ app to see if this option is right for you.