Home Celebrity Wait, has the House of the Dragon turned to the deep plot... 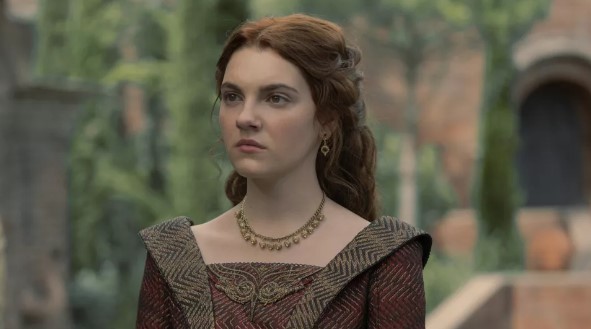 Half of the fun of watching Game of Thrones, and now House of the Dragon, is building theories about where the show might go. Regardless of whether they’ve read the books or not, I think most fans are thinking to one degree or another. However, what this story is about goes far beyond any ordinary assumptions. As for the “Game of Thrones” theories, this one is a crazy, deep conspiracy. This story is about Lemongate and how House Of The Dragon seems to have acknowledged it, or at least winked at it.

I don’t have enough words or knowledge to tell you the full backstory of Lemongate, but I’ll do my best to summarize. Daenerys Targaryen claims that after her family fled Westeros, she grew up in Braavos, and a lemon tree grew in her yard. However, it is repeatedly mentioned in the books that lemons originate from Dorne, and some of her other early childhood memories, especially of the climate, do not seem to correspond to Braavos. Thus, some readers of the books assume that she did not actually grow up in Braavos, and some even go further and say that her parents are not who we think they are.

If you want to get down the rabbit hole, you can explore Lemongate in this rather extensive Reddit thread. The evidence is actually a little more convincing than you probably suspect, although I’m not confident enough to tell people that I really believe in them. Instead, I would put it more in the hmmmmmmmmmm file.

In any case, this theory has not attracted much attention over the past few years, at least until last week’s episode “House of the Dragon”, when we saw a very interesting conversation between Lady Alicent Hightower and Laris Strong, the son of the new Hand of the King. The plot of the conversation is that Laris is talking about Rainier, who received a plan B from the maester, but at the beginning he talks about a plant called Malvales and that it grows in Braavos, but inexplicably thrives in King’s Landing. While he is talking, a large mural depicting a lemon tree accidentally appears behind him.

Now he is clearly talking about Alicent during the conversation. It’s a plant that inexplicably thrives in King’s Landing despite being so far from home, but it’s no surprise that many Game of Thrones fans also see a deeper connection to Lemongate, given the backstory and talk of plants growing outside of their natural environment.

Of course, even if the showrunners confirm that this is a reference to Lemongate, it does not answer any questions about Daenerys’ childhood. This could mean that a lemon tree has grown in her yard, because plants grow in strange places, and we should all shut up. Or it may be a hint that people understand something, and maybe someday we will get more answers. I really have no idea what was intended or if it was even intended. So I guess I’ll just keep guessing.

Few shows in the history of television have ever provoked as much analysis, theory and speculation as Game of Thrones. The chatter surrounding the fantasy epic was boisterous when it first premiered, but by the time the show dropped the books of its last few seasons, all the talk was overwhelming. This led to the Dragon House with a huge number of viewers, most of whom actively guess where things are going, or, in this case, dig into conspiracy theories.

D.O and Xiumin reappear from the army to promote their military...