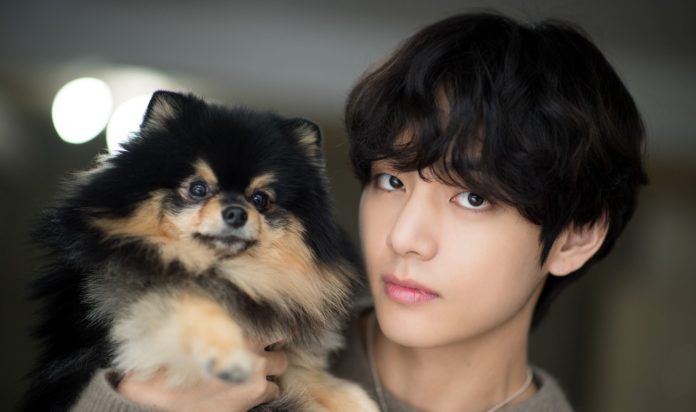 You will not believe how great Tannie has become, is it the best pet in the world? The eighth member of BTS is bigger than ever.

V has been talking and showing fans how he has spent these days at his home, on Twitter he has published videos showing his followers how he has fun, dancing, listening to music and taking some photos .

Through Weverse , where he has been very active, the idol has shown the current state of Yeontan , his pet who is a Pomeranian breed , ARMY has seen his growth and has been very aware of his health, since Tae announced that he was part of the family, therefore they have a great love for him.

In the post you see Tannie , as they call him affectionate, sitting in a chair, in front of a table, and very focused on a fixed point, in the description the idol commented: ‘The serious look in his eyes’.

All of this brought more than a smile to ARMY , since they did not know how Yeontan was having it during the quarantine, if he was receiving the confinement well or was already desperate to go running and spend some time outdoors.

Netizens, who already missed the adorable puppy, did not hesitate to share his photo and express their most beautiful wishes to him and his owner. V is doing a good job with his Pomeranian as he looks very healthy and happy.

V, also published in the same application a photo that became a trend and fans made the # SunForV in to show him all his love.