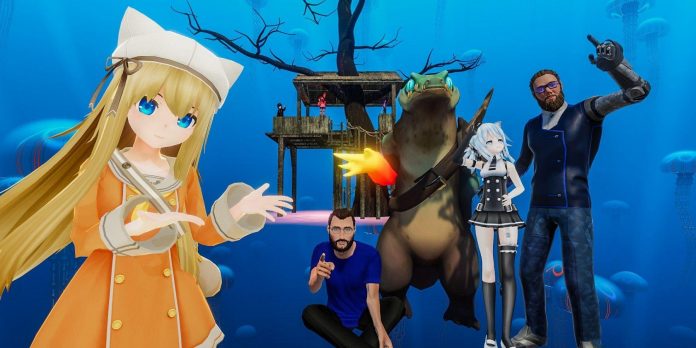 VRChat is a popular virtual world platform that allows players to interact in a 3D environment. As the name suggests, users create 3D avatars and communicate with other people in virtual reality. VRChat also comes with a desktop mode for fans who want to use a mouse and keyboard instead of a VR headset.

VRChat has recently been criticized for banning mods and introducing Easy Anti-Cheat. According to the developers, the main purpose of this update was to combat “malicious modified clients” used to harass players. On July 26, they commented on the negative feedback they received about this update, but said they had no plans to cancel it. The message then discussed the steps the development team would take to solve the players’ problems, with accessibility being a priority. However, it seems that fans are not completely convinced by this answer and are sharing their disappointment by posting negative reviews.

Users bomb VRChat on Steam for banning mods and adding Easy Anti-Cheat. As can be seen on his Steam page, recent reviews are overwhelmingly negative compared to mostly positive general reviews. Users posting negative reviews oppose the use of Easy Anti-Cheat and bombard VRChat with reviews to show their disagreement. Many gamers claim that Easy Anti-Cheat reduces performance and makes it more prone to stability issues. In addition, it seems that players have used a lot of mods that improve the quality of life and accessibility, which have also been stopped by this update.

One player mentions that he used VRChat for 3,864 hours and claims that it saved their lives. It seems that they are very offended by this update and claim that it punishes people for using mods to help in the VRChat game, such as sign language support and the AI scaling system. Some users claim that they stopped playing the game and even deleted it because of the Easy Anti-Cheat update. Although some have not changed their review from positive to negative.

Bombarding reviews is pretty common these days. It seems that every popular release is subjected to review bombardment for one reason or another, although this often happens not without good reason. Most of the outstanding games released this year, including Elden Ring, Horizon Forbidden West, Gran Turismo 7 and Dying Light 2, have been subjected to review bombardment for various reasons. This list also includes Diablo Immortal, which at one point had the lowest user rating in the history of Metacritic.

VRChat is now available on Oculus, PC and Viveport.