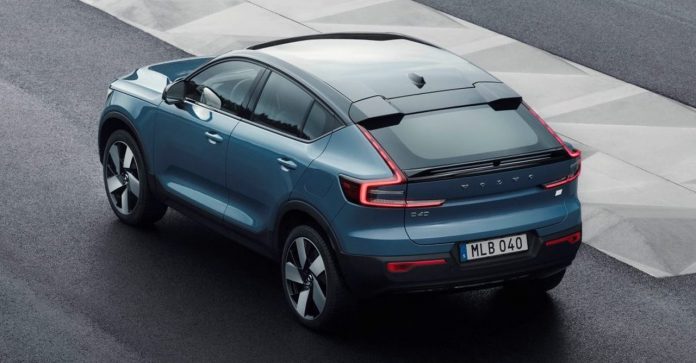 Announcing its plans for the upcoming period, Volvo wants to electrify all its vehicles in the sector by 2030. It also aims to make 50 percent of the vehicles in production electric by 2025.

What does the Volvo C40 offer with its Recharge features?

Unlike the XC40 Recharge, the C40 Recharge offered a sportier design. In addition, the C40 Recharge model welcomes us with the company’s new headlight system called “pixel technology”. The height of the vehicle, in which the headlights are positioned horizontally, is 7 centimeters shorter than the previous model. In addition, Volvo’s new model has a dual engine and four-wheel drive system.

Built on 480 horsepower and 660 Nm of torque, the vehicle will serve with a 78 kWh battery. In addition, this new model reaches speeds from 0 to 100 kilometers in less than 5 seconds.

EPA tests say the C40 Recharge can go up to 338 kilometers. According to WLTP tests, the vehicle provides a range of up to 420 kilometers. Users who currently have to charge their vehicles with a power of 11 kW have to wait 8 hours.

Because the vehicle takes about 8 hours to be fully charged. On the other hand, C40 Recharge has 150 kW fast charging support. Users who prefer high speed charging will be able to reach up to 80 percent within 40 minutes.

Volvo also shared a news that users will be delighted with. Users with the C40 Recharge model will encounter updates in the future. In this way, they will benefit from important innovations such as both fast charging support and increased travel range in the future.

In order for users to benefit from this innovation, Google technologies will be integrated into the vehicle. Finally, the company will begin mass production of the C40 Recharge model in its Belgian companies in the coming autumn.

How much does the Volvo C40 Recharge cost?

Volvo has not yet released a price statement for the C40 Recharge. However, it is claimed that the company will appear with 5 new electric vehicles by 2025.

What do you think of the Volvo C40 Recharge features? We are waiting your comments…