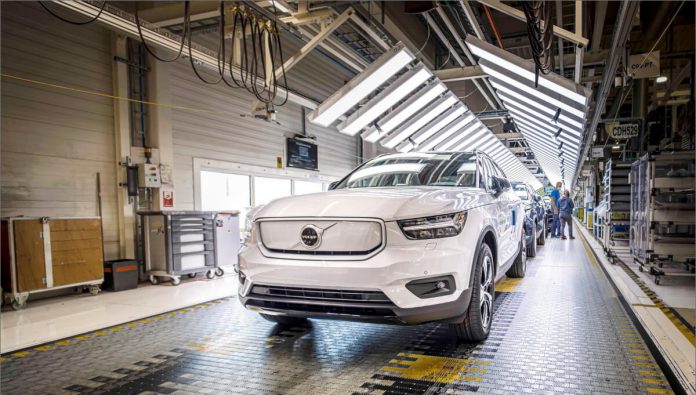 Volvo, which made significant gains from electric car models last year, announced that it will triple the production of electric vehicles at its Ghent factory in Belgium by 2022.

Volvo says its future will be electric

The Ghent factory, where the Swedish car brand’s first EV model, the XC40 Recharge, and the XC40 plug-in hybrid versions were produced, is also preparing to produce a new zero-emission Volvo based on the CMA architecture from the end of the year.

“Our future is electric and customers will enjoy what they see from our rechargeable cars,” said Javier Varela, Global Head of Industrial Operations and Quality, Volvo, who spoke about electric cars. Varela also stated that the Ghent factory will be a true leader for the global production network.

In addition to all these developments, Volvo is looking to achieve half of global sales from electric car production by 2025. In addition to the new EV, which will go into production in Belgium in the coming months, Volvo is expected to launch several other partially electric vehicles.

Volvo, which sold 661,713 vehicles worldwide last year, experienced a 6.2 percent decline compared to 2019 with the global pandemic. However, the automobile brand, which took off in the second half of the year, increased its sales by 7.4 percent with 391,751 units.