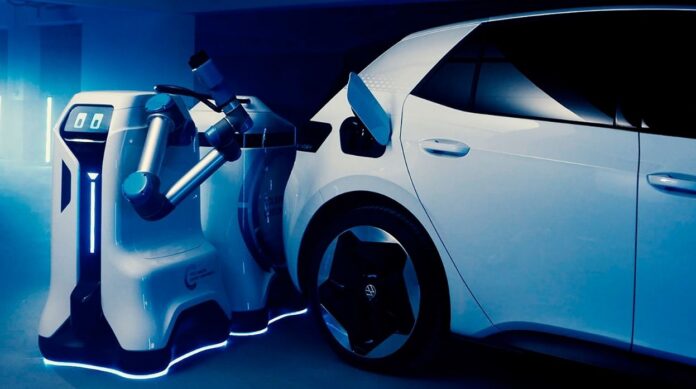 Volkswagen, which brings the charging robot, which has been on the agenda for a while, with the user with a short promotional video, also shows how the robot is. Many people expected to see this robot, which we normally see as a prototype, in action. Both the colors used and the appearance of the eyes and mouth on the screen positioned on the top of the robot added a cute atmosphere to the robot. This is good at one point because people are not asked to be afraid of these types of robots because of their appearance.

This mobile electric car charging robot can communicate with the vehicle through the application. Thus, charging becomes much easier thanks to the established connection. The mobile charging system can also be used to charge other electric vehicles, but it is said to work more integrated with Volkswagen model cars.

It has not yet been announced when the robot will be available. The charging robot is expected to appear in a few years at best.

Vitalik Buterin Announces: Let’s Save Humanity from This Trouble