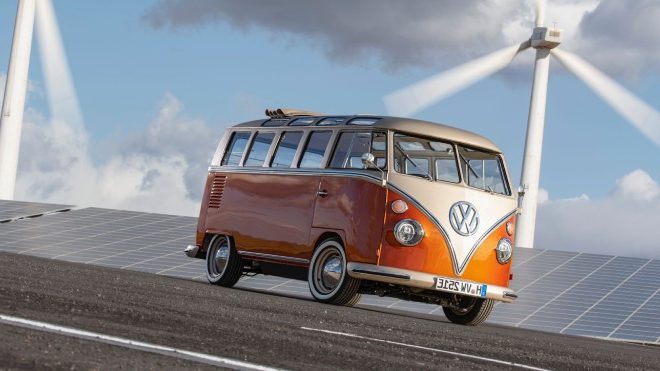 German car maker Volkswagen turned the iconic bus model of the 1960s T1 Samba into a fully electric concept car. Despite being equipped with many technologies, the vehicle does not make the slightest compromise from its retro spirit, looks great with its foldable panoramic roof.

Volkswagen, one of the leading brands that built its future on electric vehicles, redesigned the iconic bus model T1 Samba, which marked the 1960s, in line with today’s trends. The cult vehicle, which takes on a completely electric form, nevertheless has a very retro look.

The 1966 T1 Samba, or e-BULLI, produced at the Volkswagen factory in Hannover, can go 200 kilometers on a single charge with its 45 kWh-lithium ion battery. The charging port of the electric bus is located just behind the plate in the bumper. 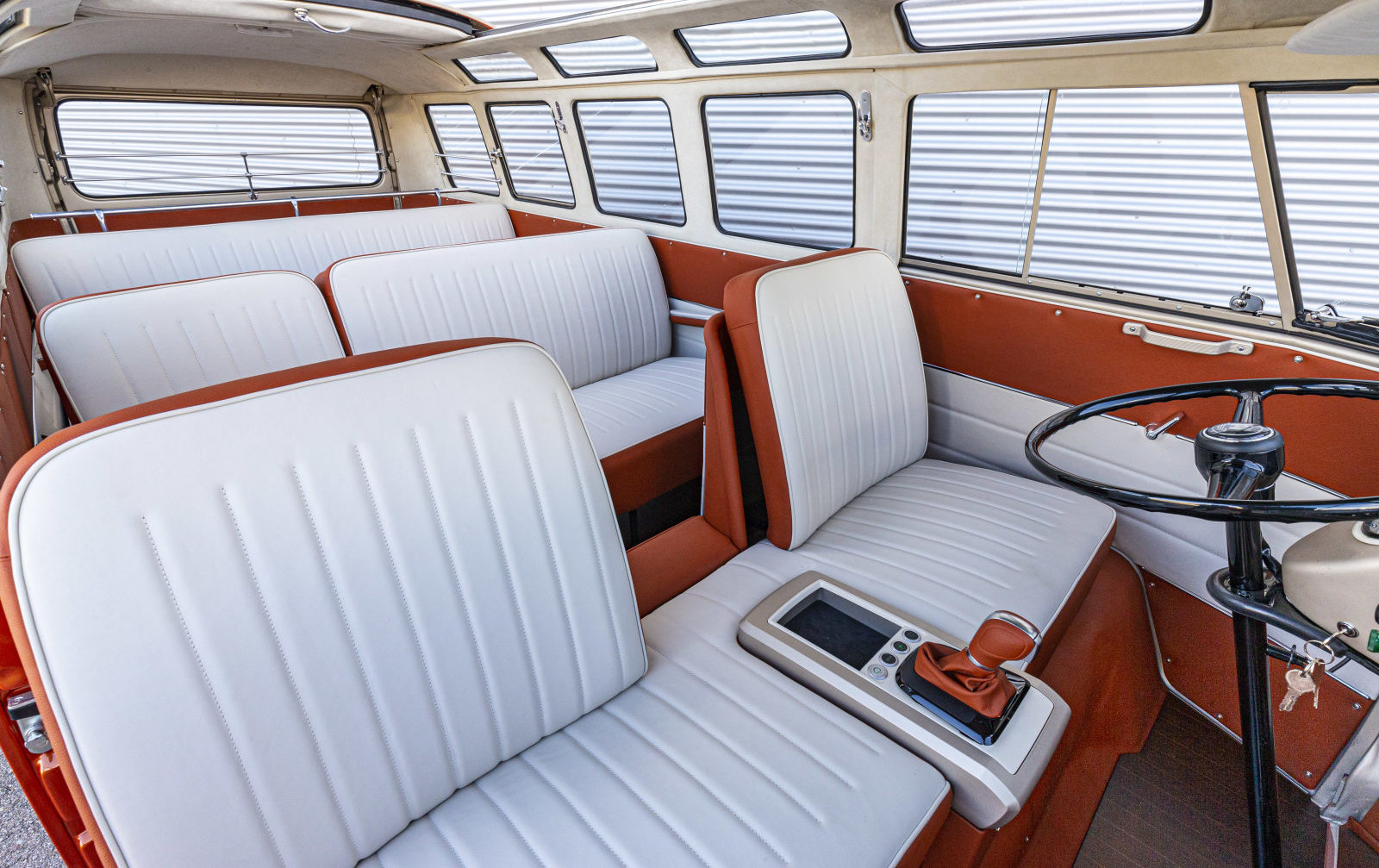 The wooden floor used in the interior of the cult bus added a modern touch to the vehicle. E-BULLI, which can host up to eight people at the same time, also has a small digital display that provides information about the range. The electric bus, which comes with Bluetooth and USB connection support, works integrated with the Volkswagen mobile app.

Volkswagen e-BULLI, which looks very impressive with its collapsible panoramic roof, offers a vehicle appearance that blends modern and classic elements. Giving the good news that the electric bus concept inspired by the 1966 T1 Samba will turn into a mass production model, the German brand has set a price tag of e-BULLI for 64,900 euros. It is not yet clear when the bus will hit the roads.

Moto G8 Power Lite is introduced! Here are the features

Drake booed at the Tyler The Creator festival: he prefers to...