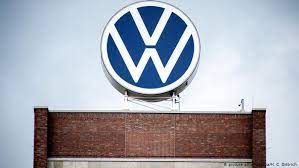 Klaus Zellmer, Volkswagen’s board member responsible for sales, told the newspaper that the company “will go out of business with internal combustion engine cars in Europe between 2033 and 2035.” But he added that it will take longer to stop sales of combustion engines in the US and China, adding that it will happen later. In South America and Africa, he added, “it will take much longer.”

Zellmer said the automaker’s entire fleet will be carbon neutral by 2050 at the latest. He wants to see electric vehicles make up 70 percent of the company’s total sales in Europe by 2030.

Volkswagen’s carbon-neutral goals seem close to many of its competitors. Ford said earlier this year that it will sell electric-only vehicles in Europe by 2030, and plans to spend $1 billion to convert its factory in Cologne, Germany, into an EV production line. Honda said in April that it plans to phase out fossil fuel-powered cars by 2040.

Some European countries have set their own targets for fuel-powered motor vehicles. Norway plans 2025, France 2040, and the UK 2050 as deadlines. In the USA, various states have started to take decisions regarding this. California plans to ban the sale of fuel-powered vehicles by 2035. It is also noted that there are several other states that have adopted California’s model.