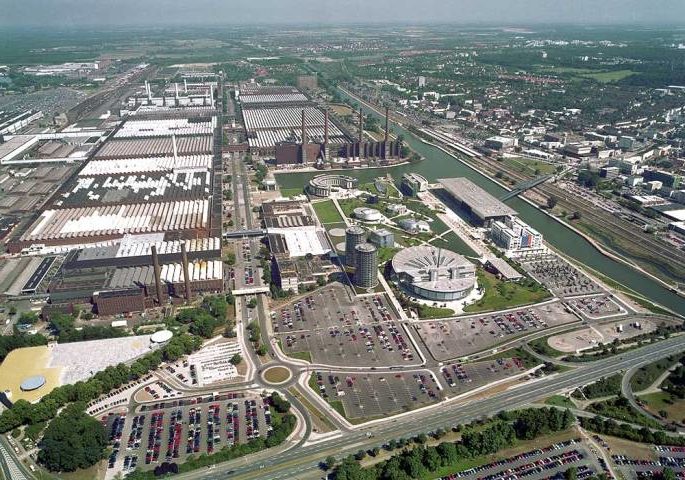 The coronavirus epidemic, which spread from Wuhan city of China to the whole world, caused negative effects in the automotive industry as well as in many other sectors. German car giant Volkswagen stopped production at many plants. The latest announcement from the company announced that production restarted at the largest factory in Wolfsburg.

Volkswagen, which is among the companies affected by the coronavirus epidemic; most of the plants had decided to stop production and announced that they would reduce their production in Spain. While some small businesses are allowed to open in Germany, Volkswagen has decided to restart its operations.

The German manufacturer started spinning the wheels again at the Wolfsburg plant, the largest plant in Europe. According to the statement, the Golf production line, which has 8,000 employees at the facility, has begun work again. The company, which plans to produce 1,400 cars this week, will increase production to 6,000 in the next 2 weeks. This production amount corresponds to 10/15% of the Wolfsburg plant’s capacity. It is planned to increase the production rate by 40% next week.

Volkswagen restarted production at its largest plant in Wolfsburg:
Andreas Tostmann, Volkswagen’s Board Member Responsible for Production, said, “The start of the movement in the largest production facility in Europe; “It is a very important symbol for our employees, vendors, suppliers, German economy and Europe”. The automotive giant will also start the production of SEAT, Tiguan and Touran models after the Golf model.

Re-operating in the shadow of the coronavirus, Volkswagen also cares for the health of its employees. Tostmann noted that Volkswagen Group’s employee health is a priority in the production process and they have prepared and started to implement a 100-point plan for this purpose.

Having a hard time due to the emission scandal, VW managed to increase its profit despite the negative developments last year. The company increased its turnover to 252 billion 600 million euro in 2019 with an increase of 7.1%. In the formation of this table; saving measures, reduction in costs caused by the emission crisis and increase in sales of SUV models were effective.

Huawei Will Sell Its Mobiles in the United States Without 5G