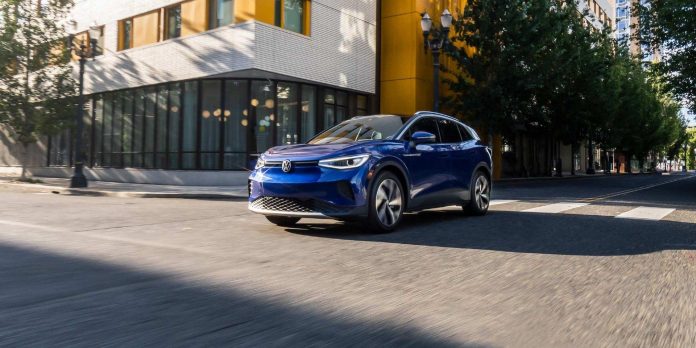 A study conducted by Bloomberg Intelligence predicts that by 2024 Volkswagen will take over Tesla’s crown as the largest manufacturer of electric vehicles. “The report on battery—powered electric vehicles – Automakers aim for the top” showed that most traditional car manufacturers did not have the means or incentives to overtake Tesla. but I found out what VW did. A Bloomberg report predicts that VW will “double production to more than 2 million battery-powered vehicles in 2024.” It will surpass Tesla if it can increase production that much. VW is looking to increase production in Europe, and Bloomberg expects it to do the same in China. The German company’s sales in the United States were less than 10 percent, so it is logical that its goal is to increase sales in other countries to achieve its goal. The report also says that American and Japanese car brands will be serious competitors for the first three places at the end of the decade.

It was only a matter of time before Tesla faced serious competition.

Despite the fact that Tesla has been leading in the electric vehicle segment for some time, one of the areas in which it may lag behind is electric trucks. The company’s cybertruck is on the way, but it has had several setbacks. It is expected that it will be put into production in 2023, but this is rather an optimistic forecast. General Motors engaged in the production of electric trucks, releasing electric versions of the GMC Hummer and Chevrolet Silverado. Ford introduced the all-electric F-150 Lightning. Thus, despite the fact that Tesla has problems with the truck, it has a lot of competitors. Cybertruck has more than three million orders compared to 200,000 F-150 Lightning, but Ford’s electric vehicle is in production, and Cybertruck production is not expected until next year.

It was only a matter of time before Tesla faced serious competition. As demand continues to grow, consumers will have more choice, which is good for drivers. However, Tesla needs to improve its delays if it wants to compete with legacy brands. Consumers can purchase an electric car that they can get earlier than the long wait for Tesla. The electric car company has also raised prices several times as cheaper electric vehicles become available, which may also affect its competitiveness. But supply chain issues can prevent all of these companies from achieving their goals, at least in the short term.

FIFA Online 4 is available to players for free!