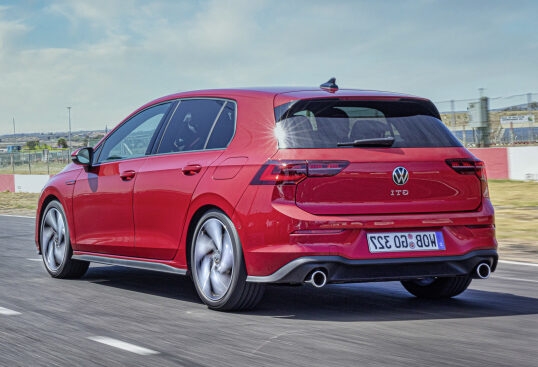 Even though Volkswagen introduced the new 2021 Golf GTI, the people who were expecting the car to be different in a few ways were somewhat surprised. The company answered the most important questions that occurred in users’ minds.

The German car giant Volkswagen’s new car, Golf GTI, was preparing to become the star of the Geneva Motor Show, which was canceled due to the coronavirus, but when the event was canceled, the new Volkswagen Golf GTI could not be seen by many. Some engineers and designers in the Volkswagen team shared new details about the vehicle.

Klaus Bischoff, the design manager of the Volkswagen Group, who gave an interview to the Autoblog, explained some of the points they considered when considering the design of the vehicle. Klaus stated that the new model should not only lose innovations but also lose the air of the GTI, since it is primarily a fan of the GTI series, which can be considered old.

Why was the car not hybrid and why did it come out with manual gear?
The new Volkswagen Golf GTI still incorporates many of the design elements found in the previous models, which are now regarded as standard, but the vehicle offers many innovations and becomes more digital, despite the fact that it preserves all this design heritage. The vehicle now even includes touch controls at the wheel.

The 2021 Volkswagen Golf GTI is powered by a 2.0-liter four-cylinder engine. This engine allows the vehicle to reach 241 horsepower and 370 Nm of torque. In addition, the claims about the turbocharger previously made about the vehicle were correct, but those who expected the Golf GTI to be hybrid were unfortunately wrong and disappointed.

So why isn’t the new Volkswagen Golf GTI hybrid? The answer to this question was given by an official speaking on behalf of Volkswagen. According to the response given by this official, the Golf GTI did not need the extra low-torque torque of the electric motor.

Continuing his statements, the official said that users looking for an alternative with an electric option can turn their eyes on the charged hybrid GTE. GTE, which is a hybrid model, produces the same amount of horsepower as the GTI, but can reach about 400 Nm of torque.

In addition, there was a question about manual gear in the minds of those who saw the new vehicle because the vehicle came with manual gear as standard. Volkswagen responded to this issue by saying, “The higher the power in general, the less demand for manual gear. We are still asking for manual gear in terms of the Golf GTI”.