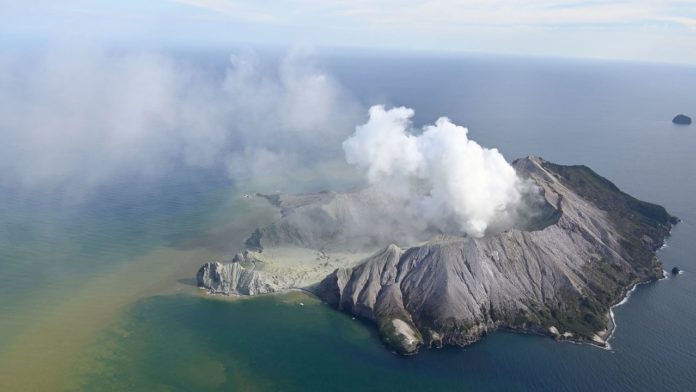 Whakaari, known as New Zealand’s largest volcano, exploded once more. During the explosion in the region of up to 50 tourists, one of the tourists lost their lives, 23 tourists were injured.

Whakaari, thought to have been formed in New Zealand 150 thousand years ago and is known as the country’s most active volcano, exploded once more. The volcano last activated in 2016, this time exploded very violently. Moreover, this time the explosion seems to be heavy because the volcano erupted in the region, there were about 50 tourists.

According to the first figures released by the authorities, one tourist was killed and 23 tourists were injured during the explosion. There are also tourists who are lost due to the explosion. Authorities are concerned that the number of deaths will increase.

Whakaari Volcano is as important for New Zealand as it is for tourists. Because the region is visited by 10 thousand tourists every year. Very few people live in the immediate vicinity of this volcano on an island called “White”. Authorities warn that the people of the region should not leave their homes and keep their windows closed.

According to authorities, rescue helicopters have been shipped to the region. However, at this time, search and rescue works cannot be done exactly. Because the volcano is still active and this prevents the studies. So far, tourists in the region have been saved only by boats. It is not known yet what kind of work the authorities will carry out.

My god, White Island volcano in New Zealand erupted today for first time since 2001. My family and I had gotten off it 20 minutes before, were waiting at our boat about to leave when we saw it. Boat ride home tending to people our boat rescued was indescribable. #whiteisland pic.twitter.com/QJwWi12Tvt