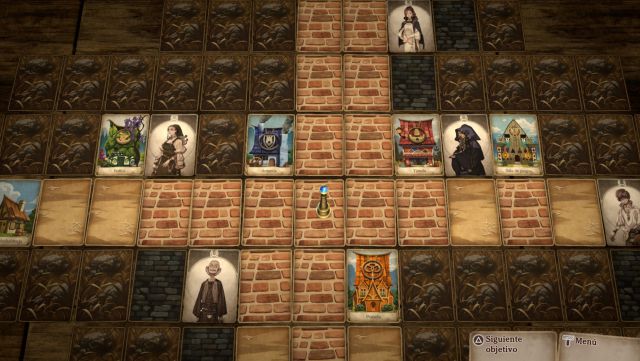 Voice of Cards: We take a look at Square Enix’s card game, Voice of Cards: The Isle Dragon Roars, now available for PC, PlayStation 4, and Nintendo Switch. Yoko Taro’s name is synonymous with excellence. The creator of NieR and Drakengard revolutionized the genre with a surprising perspective that dazzled us and all those projects in which he has participated have shared this unique trait. His latest work, along with Yosuke Saito and the Square Enix team, is Voice of Cards: The Isle Dragon Roars, a card RPG title that we have already been able to squeeze out.

Anyone who has ever played a tabletop role will feel welcome to Voice of Cards right out of the box. The melodious voice of a narrator (either in English or Japanese), is presented shortly after starting as the game master of this campaign, who will accompany us throughout the approximately ten hours that it can take us to overcome this adventure. He is the voice of those cards that represent characters, monsters, settings, objects and more and his job is to bring them to life to build a story that could perfectly be part of the Dungeons and Dragons universe.

In fact, shortly after starting the adventure, we are presented with a task that any fan of the RPG genre can easily identify: gather a team to complete the mission of ending the life of a dangerous dragon that is wreaking havoc in the different towns of area. Our protagonist is a rude young man named Stóbal who travels accompanied by an endearing blue monster. This is unusual, since the entire world fears these creatures and they strive to protect their cities to prevent their entry. The couple do not travel alone, since other characters such as the mysterious magician Kuroé or the laughing elf Ridi will join the team with various particular objectives: glory, fortune, thirst for adventure …

The plot itself is not too surprising and in fact it will be quite easy to discover some of the script twists that await us. Still, the magic in Voice of Cards lies in the journey rather than its ending. As we discover the world built entirely of cards (yes, all the scenarios are linked cards that we unlock as we progress) we will meet characters with whom to interact, who to help, and from whom to receive key information to be able to advance in our private company.

Xbox Game Pass in May: Date for FIFA 21, Final Fantasy...

Days Of Play: The Best Of PlayStation At Incredible Prices