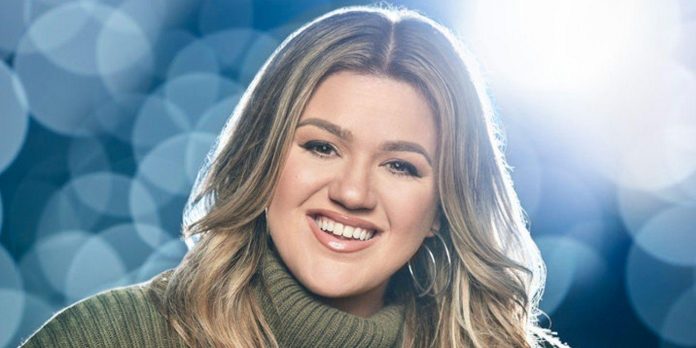 Kelly Clarkson, who worked as a judge on The Voice, has announced the release of her new six-song EP Kellyoke. The EP will include cover versions of songs she performed on the Kelly Clarkson show, including “Happier Than Ever” by Billie Eilish. Kelly first gained fame in 2002 as the winner of the first season of American Idol and has since become one of the most popular and successful recording artists of the 21st century.

Kelly is an artist, a three—time Grammy Award winner, who has hosted her own talk show, The Kelly Clarkson Show, since 2019. She received three daytime Emmy Awards for her work on the show. Kelly starts each of her shows by performing a song at the request of fans, either her own or a cover, and her band Y’all provides the music. This segment, which is called Kellyoke, is a real treat for her fans as they listen to her apply her magic touch to songs from different genres and time periods. Jason Hulbert, who has been Kelly’s music director for 18 years as well as the musical director of the Kelly Clarkson Show, once told Billboard that Kellyoke grew out of Kelly’s tradition of taking requests from fans every night when she was on tour.

Related: American Idol: Why Kelly Clarkson is the Most successful Winner

Kelly has announced that she will release a six-song Kellyoke mini-album on June 9 via Atlantic Records. According to Billboard, in a press statement, Kelly said, “Music is at the heart of everything I do, so when the Kelly Clarkson show started, we knew it was the perfect way to start every episode.” With so many songs to choose from, Kelly admitted that it was difficult for her to choose only six, explaining: “After more than 500 songs, and we still have wonderful artists to pay tribute to. – it’s impossible, but these songs were one of my favorites. Thank you all for singing along with me!”

To celebrate the announcement of the Kellyoke mini-album, Kelly released her mini version of Billie Eilish’s song “Happer Than Ever”, which she originally performed on the September 30, 2021 episode of the Kelly Clarkson Show. The full track list of the Kellyoke EP is as follows: 1. “Blue Bayou” (Linda Ronstadt); 2. “Call My Name” (The Weeknd); 3. “Happier Than Ever” (Billy Eilish); 4. “Queen of the Night” (Whitney Houston); 5. “Trampoline” (Shaed); 6. “Fake plastic trees” (Radiohead).

Although Kelly recently announced that she would not be returning to The Voice after eight successful seasons, during which she won four times, her release of new music was an exciting surprise for her fans. Everything Kelly touches turns to gold, so this EP by Kelly is sure to be a big success. Hopefully this will lead to more recorded music by Kelly and from Kelly.

The Flash: Season 7 goes on a 2-week hiatus; look!