Vivo’s new phone with model number V2072A was seen in Google Play Console registrations. The phone’s approval for Google services and apps shows that its exit is not far away. According to the note here, Vivo will present its new phone with the recently announced MediaTek Dimensity 1100 processor.

It is also seen that 12 GB of RAM will accompany the MediaTek Dimensity 1100, which has a 6 nm chip design. The Mali G77 graphics processor and Android 11 operating system are also included in the record.

It is also possible to see the front panel of the phone in Google Play Console registration. It is noteworthy that the dual front camera of the phone is placed in a standard notch. The resolution of the screen will be 1080p. 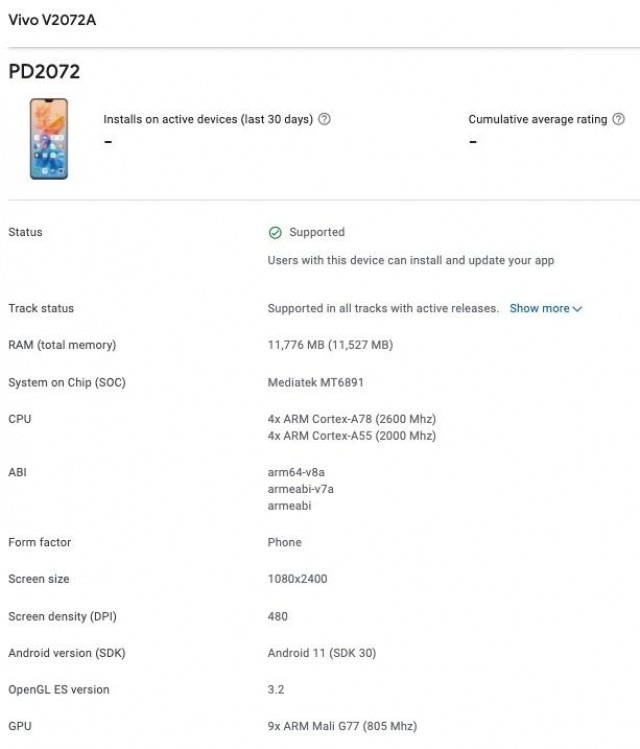 The smartphone’s certification for Google services means the device will be released outside of China. At this point, it is useful to remind that Android phones offered for sale in China do not have Google’s mobile applications and services.

It will not come as a surprise that new details about the Vivo phone with Dimensity 1100 processor will emerge in the coming weeks. It is also among the possibilities that the smartphone will encounter users within the scope of the Vivo V21 series.