Launched in the first half of this year by the Chinese manufacturer vivo, the Y72 5G model hit the market with interesting technical specifications for its price range, including the Snapdragon 480, Adreno 619 GPU and 8 GB of RAM memory.

The main highlight of this phone is its battery with a capacity of 5,000 mAh, which was recently evaluated by engineers from DxOMark, the website responsible for analyzing and scoring smartphones in different categories.

The first factor evaluated by the portal’s technical team was the autonomy of the smartphone, however it should be noted that the duration outside the socket does not depend exclusively on the battery capacity, that is, there must be software optimizations in the operating system for the energy consumption is balanced.

During the tests vivo Y72 5G obtained an excellent result in terms of autonomy, even surpassing competitors that have a larger battery, such as the Galaxy M51, for example, which boasts an incredible 7,000 mAh against 5,000 mAh of the vivo model. The results were: 121h with light use (2h30/day), 85h with moderate use (4h/day) and 54h with heavy use (7h/day).

A point criticized is the inaccuracy of the battery display, which when it indicated 20% of charge remaining, the device actually had only 16%. In the so-called ‘typical use scenario’, the smartphone also stood out among its competitors, earning 104 points and leading the ranking of this test. The nightly test of the device in stand-by mode — active but not in use — also showed good results, discharging only 1% at dawn, indicating an excellent optimization in energy consumption.

Another item analyzed is the autonomy of use in different scenarios, including consumption of streaming and games, in which case the Y72 5G tied in the tests for streaming videos (Wi-Fi) and games, but won in streaming music and videos in second plan. 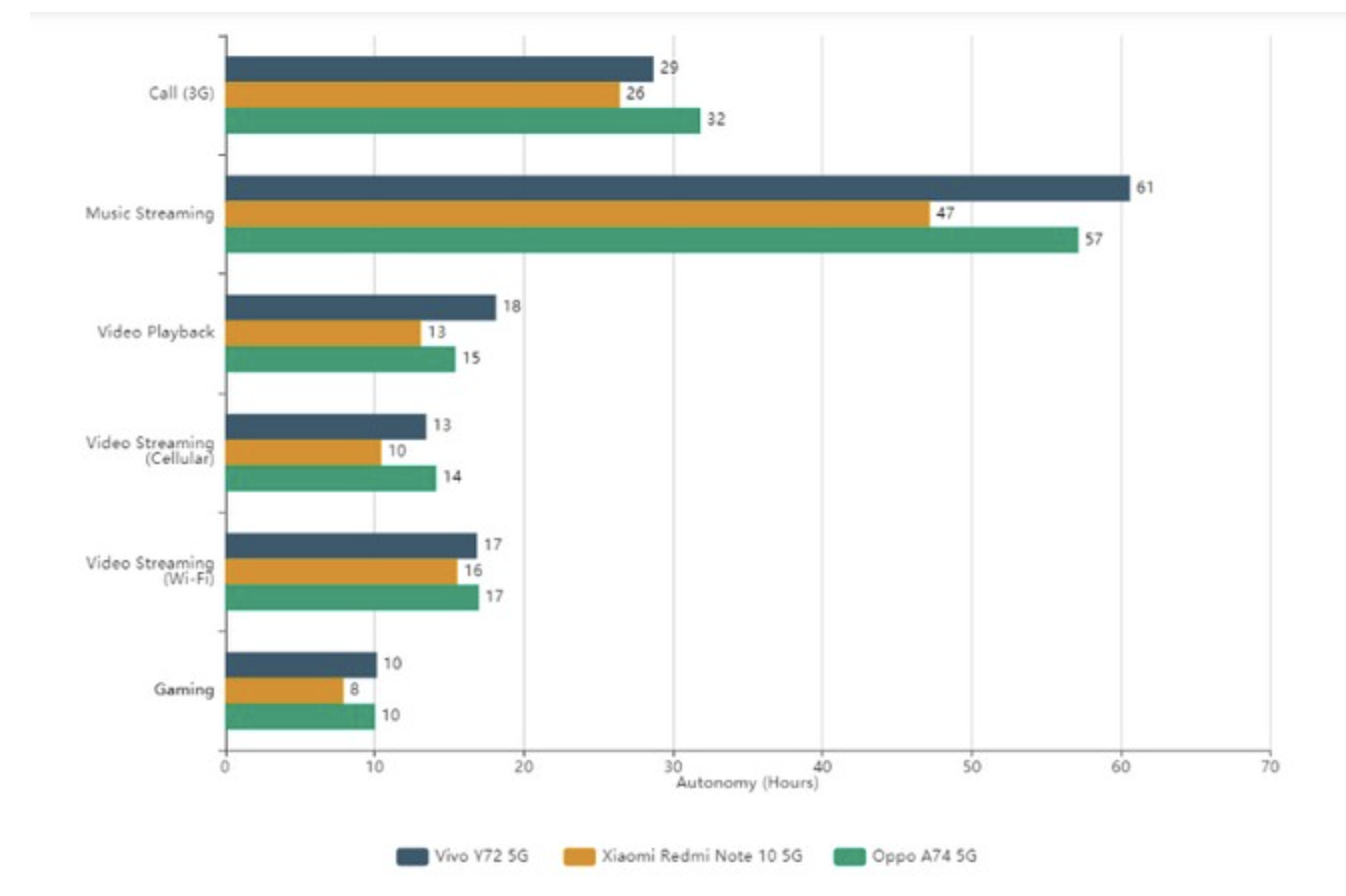 Finally, the charging time was also analyzed, however it did not show results as expressive as before, remaining at the average of its competitors, managing to recharge 33% in just 30 minutes or 80% in 1h18, while the full charge takes 2h15.

Overall the vivo Y72 5G did well in the tests, deserving its 89 points and occupying the 1st position in the DxOMark battery ranking.