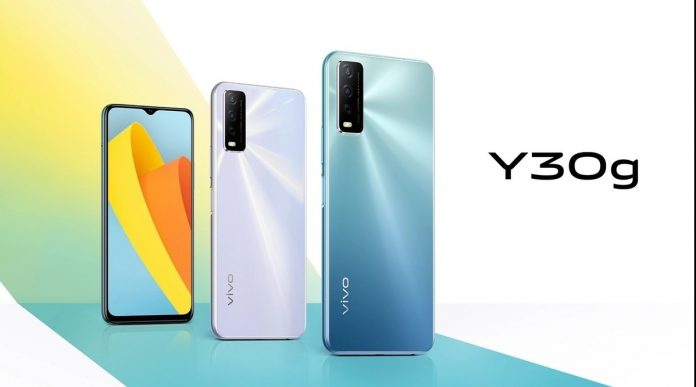 Three models have appeared in the Vivo Y30 series so far. In addition to the Y30 launched in China, the global version of the Y30 and the model named Y30 Standard Editon were also introduced. Vivo Y30g has now been added to this group.

Vivo Y30g has a 6.51-inch HD + resolution LCD screen. The notch on this screen is home to an 8 megapixel camera. On the back of the phone, the 13-megapixel main camera is complemented by a 2-megapixel depth sensor. The camera island does not have a camera, although there is a third hole above the flash.

At the heart of the Vivo Y30g is MediaTek’s Helio P65 processor. This processor is accompanied by 8 GB of RAM. The phone, which has 128 GB of internal storage, comes out of the box with the OriginOS user interface based on the Android 11 operating system. With the support of microSD cards, 1 TB more can be added to the storage area of ​​the phone.

Vivo Y30g’s fingerprint scanner is placed on the side of the phone. 3.5 mm. The 5000 mAh battery of the phone with headphone jack comes with 18W charging support. However, it can be said that it is disappointing to charge this battery via the microUSB input.

Three color options are offered for Vivo Y30g, black, white and blue. The smartphone was launched in China for 1499 yuan.