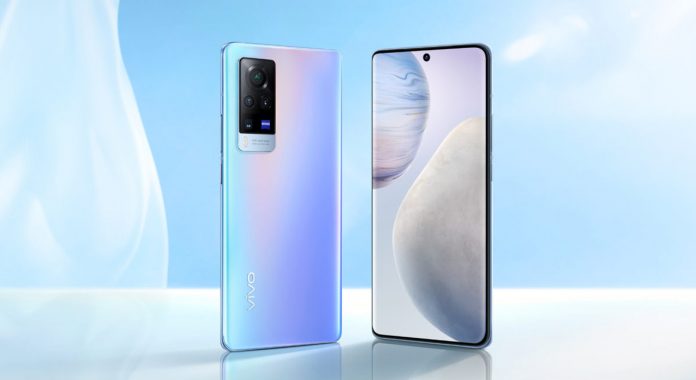 Vivo X60 series phones, which were launched in China in December, are now preparing to enter the global market. Today, it has become official when Vivo’s ambitious smartphone family will be announced to other countries. In addition, a surprise news about the device was shared.

Vivo X60 and Vivo X60 Pro models, which were introduced to consumers in China for the first time in the last days of 2020, came with the Exynos 1080 chipset. However, the surprise development announced today showed us that the Snapdragon 870 processor will be used in the global version of the device. On the Vivo X60 Pro +, which is the most advanced model of the series, we have seen a Snapdragon 888 processor before. However, we do not think that this will change much in the global version.

The X60 series appeared on the Vivo Malaysia official website today. It was stated that the upcoming models will be opened to other markets on March 22. The triple camera system of the device with a triangular array caught the eye on the landing page. In addition, the logo of Zeiss company, which is a partnership for camera lenses, was also emphasized to consumers.

However, the bad thing is, as far as the triangle camera detail shows, the series includes only Vivo X60 and X60 Pro models. So, meeting with the X60 Pro Plus model may be delayed for a while. But if we look at the positive side, we will be able to start using the two main phones with blue and black color options very soon. For now, it has not been announced in which country and when these devices will enter.

Vivo X60 and X60 Pro devices, both with Exynos 1080 processors in China, will include the Snapdragon 870 chipset in the global market. In the version in China, the standard model supports 8GB RAM capacity, while 12GB of RAM appeared in the Pro. It is believed that these rates will not change. Also, 256GB of internal storage is expected to be offered in both.

Let’s get to the camera details… Vivo X60 series standard model has a 48 megapixel main camera. In addition, there are two 13-megapixel lenses. In the Pro version, there is a periscope camera with the ability to make 5x lossless compression at 8 megapixel resolution, plus the same module.

The basic model offers users a battery capacity of 4,300 mAh. In the Pro version, this value has decreased to 4,200 mAh. However, 33W fast charging support is provided to consumers in both models. For now, it is not known what figures the devices will be presented to buyers in the global launch. We will only be able to learn this on March 22nd.