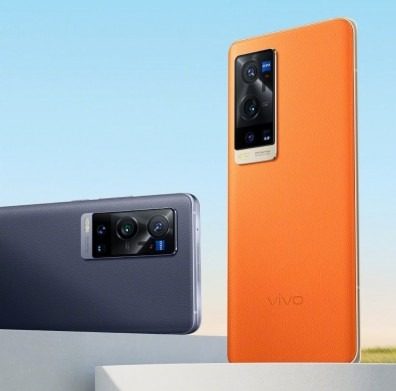 The expected announcement for the Vivo X60 Pro Plus launch date has arrived. The smartphone will be officially revealed as of January 21st. However, many technical features of the X60 Pro Plus have already been confirmed.

At the heart of the Vivo X60 Pro Plus will be the Qualcomm Snapdragon 888 processor. The banner shared by Vivo shows the phone’s leather back panel and two color options. This poster also makes it possible to see the quad rear camera system closer.

In the system where Zeiss lenses are used, there are four camera sensors. The main camera is the 50-megapixel Samsung ISOCELL GN1 sensor.

Other features of the X60 Pro Plus were seen on the company’s online store. Accordingly, two configuration options will be offered for the phone. In one of these, the Snapdragon 888 will be accompanied by 8 GB of RAM and 128 GB of internal storage. The other option will have 12 GB of RAM and 256 GB of storage. The images here also confirm the fingerprint scanner placed inside the screen.

Vivo X60 Pro Plus will come with 55W charging support. In previous posts, attention was also drawn to the low light performance and high sound quality of the phone.

Rising Price of Ripple (XRP) Depends on This Level