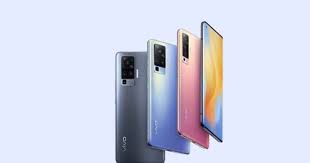 Vivo’s high-end phone entered the test of DxOMark. The Vivo X60 Pro was disappointing with its DxOMark score. While the previous generation models of the series were at the top, the position of the Vivo X60 Pro fell short of expectations. It should also be noted that the Vivo X50 Pro Plus is still one of the 10 phones with the best camera according to DxOMark.

The Vivo X60 Pro model of the Chinese technology company received 118 points from DxOMark. The score received by the phone was not enough to take place in the top ranks. The device lagged behind its competitors in the same price segment, such as the Xiaomi Mi 11. At the same time, we can say that the Vivo X60 Pro is disappointing due to the success of the previous generation models of the series.

The Vivo X60 Pro DxOMark score was 123 for the photo and 100 on the video side. According to the test, the camera performance of the device; successful in color and exposure points. On the other hand, night shots and wide angle were the weakest aspects of the phone.

The model that disappointed the Vivo X60 Pro: X50 Pro Plus

Vivo’s X50 Pro Plus was the model that raised the expectations for this series. The device is the seventh phone with the best camera according to the current list. The X50 Pro Plus, which scored 131 points in DxOMark’s test, also surpassed the iPhone 12 Pro Max. In addition, the successor of the X50 Pro Plus, the Vivo X60 Pro Plus, got 128 points from DxOMark, lagging behind its predecessor. You can see the full ranking of DxOMark via this link.

Exynos 2200 Can Overtake Snapdragon 895 With Performance