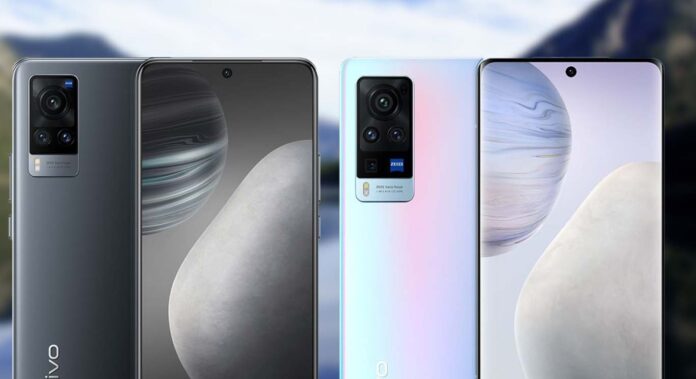 Vivo officially announced its new flagship phones in China today, which came up with information leaks. Vivo X60 and X60 Pro features and price thus became clear. At the same time, the devices were opened to pre-order in China.

The screen features of both devices introduced today were the same. Phones; It will appear before the consumer with a 6.56-inch screen with 120 Hz refresh rate, FHD + resolution and AMOLED panel. At the same time, the drop-notch screen of both devices will offer HDR 10+ support to its users.

When we look at the storage area; While the X60 has two options, 128 GB and 256 GB, the X60 Pro does not offer a choice to consumers. The device will take its place on the shelves with 256 GB of storage space.

The camera capabilities of the X60 and X60 Pro are also what separates the two devices. While the camera setup of the basic version X60 consists of 3 lenses, we see a quad camera setup in the Pro version.

The basic model, the X60, will take its place in the market with a triple setup consisting of a 48 Megapixel main camera, a 13 Megapixel ultra-wide angle and a 13 Megapixel zoom-supported portrait lens.

On the front camera side, both devices will come with a single lens with a resolution of 32 Megapixels.

The battery features of the two phones are similar to each other. The basic model will have a battery capacity of 4,300 mAh and the Pro version will have a capacity of 4,200 mAh. Both devices will offer 33W fast charging support to their users.

IPhone 8 Drifting in the River for 2 Months Found Running