The year 2021 has started and obviously, this means that manufacturers are also beginning to organize themselves to create the launch calendar in the coming months, updating the product line and thus guaranteeing the news for their customers.

In this sense, one of the most convenient ways to stay on top of news is to follow the passage of new devices through Geekbench, thus revealing what we can expect from the embedded hardware, which for example allowed us to know more about a mysterious device from vivo with reference V2048A.

According to the passage (which can be seen below), vivo’s new device will bring the MediaTek Dimensity 820 chipset, 8GB of RAM and Android 11 on board, placing the device in the range of intermediate smartphones of the brand when it is made official.

It is worth remembering that, recently, we checked here that vivo has been working with MediaTek to bring more devices with the embedded Dimensity line, which includes the recent arrival of the iQOO U3 with the 800U, the Y73s with the Dimensity 720 and the iQOO Z1 with the 1000 Plus.

As for the test itself, we have to say that the device performed as expected, obtaining 652 points in single-core and 2,525 points in multi-core, having been obtained within Geekbench 5.2.5, which shows a score far superior to the Motorola Capri Plus , which reportedly features the Snapdragon 662 and recently passed the same test. 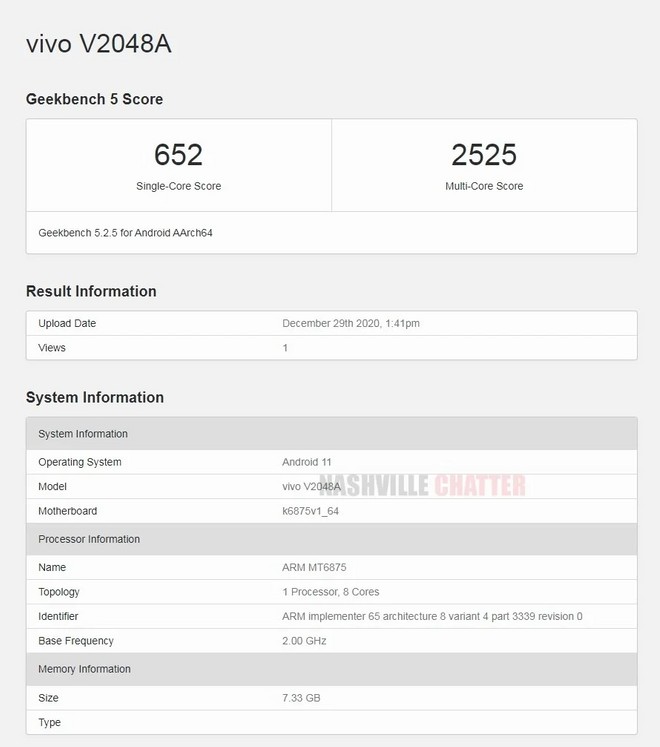 For now, there is still no conclusive information regarding the name of this device and what would be its date of birth but, considering its passage in the hardware test application, it is possible to imagine that it will be made official soon by the brand.