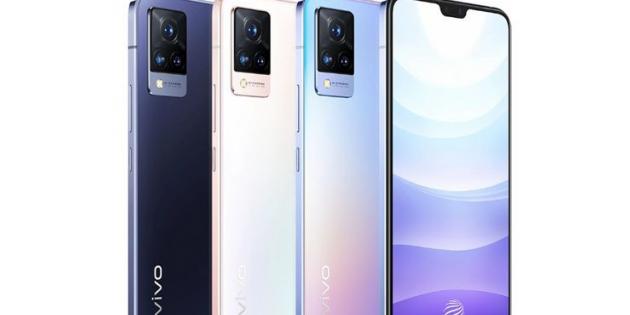 Vivo S9 and S9e with 5G support have appeared. Devices that are followers of the Vivo S7 series have a similar design to these devices. The difference is technical equipment. S9e can be described as a slightly simpler version of S9.

At the heart of the Vivo S9 is the MediaTek Dimensity 1100 processor as previously said. This processor is accompanied by 8 GB of RAM and 128 GB of storage, or 12 GB of RAM and 256 GB of storage. There is a notch on the 6.44-inch AMOLED screen that also houses the front cameras. Full HD + resolution, HDR 10+ support and 120 Hz refresh rate are also among the features of the screen.

The 4000 mAh battery provides the energy it needs. This battery also offers 33W fast charging support. It will come out of the box with the OriginOS user interface installed on Android 10.

Similar to the original S9, the S9e has a single 32-megapixel front camera. At the heart of the phone, the Dimensity 820 processor is accompanied by 8 GB of RAM. Internal storage options are listed as 128 or 256 GB.

Vivo S9 will be available in China on March 12. The Vivo S9e’s release date has not been announced. The S9 will be sold with prices starting at 2999 yuan. The starting price of the S9e was determined as 2399 yuan.