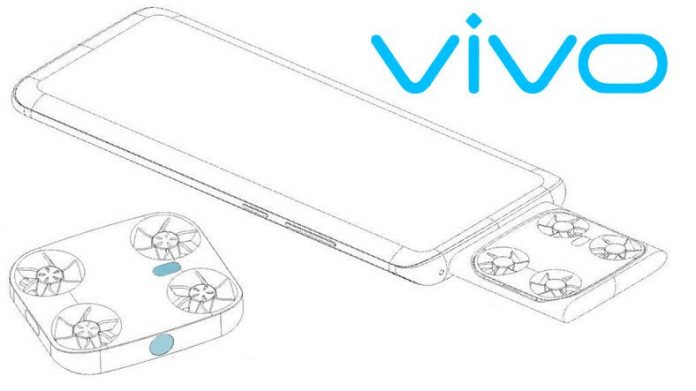 Vivo has patented the phone design with mini camera drone. Smartphones allow users to capture any frame they want, whenever they want, with their cameras. Although it is possible to take photos or videos with smartphones in many challenging and dangerous scenarios, aerial photos or videos cannot be taken. Vivo promises to eliminate this situation with its new phone design that carries a mini camera drone.

As with many patents, the idea looks simple on paper. However, it should be noted that the implementation part of the job will be quite difficult. It would not be wrong to say that if Vivo is successful, an engineering and production legend will emerge. A drone that comes out of the phone and can take pictures of places that cannot be easily reached brings to mind sci-fi and espionage movies.

According to the patent file, this particular camera system will feature four propellers and three infrared sensors. This system, which will carry two camera sensors, will also have its own independent battery. One of these cameras will face forward and the other will face downwards. Infrared sensors will be used for navigation and avoidance of visible obstacles in directions where there is no camera.

It is not yet known whether Vivo will be able to turn its mini camera drone phone into a real product. However, it is already clear that this is a very difficult task. It can easily be said that Vivo’s use of this technology, even in the long run, will be a great success.