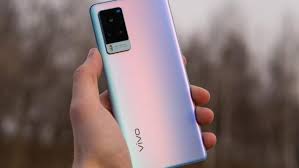 Vivo is participating in the foldable and rollable screen phone race, which is one of the most important trends in the smartphone industry of the last period. Vivo chose the names for the next 3 new smartphones and applied for trademark registration.

Especially in the last two years, one of the biggest developments in the smartphone industry has been the inclusion of foldable smartphones in the market. Every day, a new smartphone manufacturer is getting involved in the foldable screen phone race, where Samsung is the leader and is preparing to release 3rd generation phones very soon.

For now, some foldable phone news from manufacturers such as Huawei, Apple and Xiaomi are on the agenda, while Vivo is the newest name in the race. Vivo, which has applied for trademark registration for three different phones with a move that supports the claims that have been circulating for a while, is preparing to come up with two phones with rollable and slidable screens alongside the foldable smartphone.

The rollable screen phone concept had come to the fore with LG in the past months, but this issue was suspended after the company stopped producing smartphones. Other brands working on this technology include Samsung and OPPO.

Names are revealed for all three smartphones:

The first information about Vivo’s three new smartphones emerged with the trademark registration application of the devices. The names of the three smartphones in the application appear as NEX Fold, NEX Slide and NEX Roll. Based on the name, we can say that the NEX Fold will be a device with a similar design concept to the Galaxy Z Fold or Mi Mix Fold.

It is speculated that the NEX Slide will be a phone with a scrollable screen, and the NEX Roll refers to a phone with a rollable screen, which is still a fairly new development for the smartphone industry. However, there is no information about these three devices yet. Although some of the previous leaks have patents for Vivo’s different foldable screen designs, it is not known which of these patents will be Vivo’s new foldable phone.

Although there are some rumors that Vivo is preparing to offer a new smartphone series in the second half of 2021, there were no phones to come with new display technologies among the expected phones. But of course, Vivo may surprise at least one of these devices later this year.