Home Tech A Visual Appeared to Verify the Most Spoken Feature of OnePlus 8... 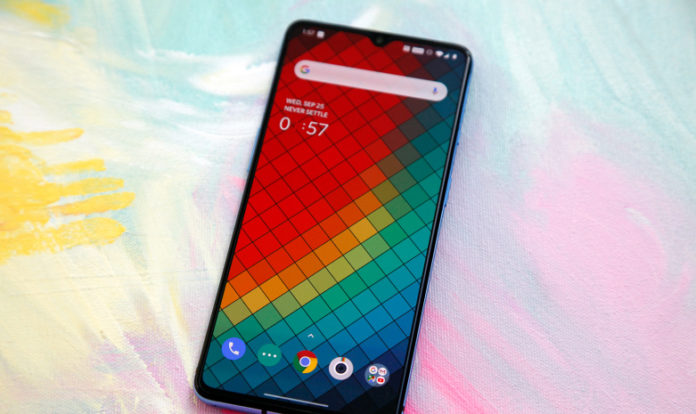 A visual has emerged that confirms the 120 Hz screen refresh technology in OnePlus 8 Pro, one of the most talked-about phones of recent times. Another point that attracted attention in the shared image was the perforated front camera design.

The Chinese mobile manufacturer OnePlus, which became a brand of its own by leaving Oppo in 2013, has managed to get a passing score from many people with the price performance phones it has released until this time. Despite its relatively cheap price, the company’s models, which were released last year, have attracted attention with their flagship features.

As such, new model phones that the company will introduce this year become a matter of curiosity. We have heard and heard a lot about these devices, which are expected to be called OnePlus 8 and 8 Pro. The most common claim about the device was the 120 Hz screen refresh rate, which is said to take place on the phones. Now, we have a visual that confirms these claims.

Although there is a noticeable difference between 60 Hz and 90 Hz, many authorities question the necessity of 120 Hz. At this point, the Chinese company always pushes its limits to differentiate from its competitors. As a matter of fact, a screen of 120 Hz; Chrome creates an extremely smooth scrolling feeling for the user for Twitter Instagram and many more applications.

However, there are still not many Android devices on the market that offer 120 Hz display support. This display technology, which especially excites those who are good with mobile games, seems to be used a lot on Samsung and OnePlus front in 2020.

On the other hand, let’s touch another point that attracts attention in the photo. As you know, OnePlus was highly appreciated with its preferred pop-up camera on 7 Pro. Therefore, the company’s 8 Pro model was expected to continue the same technology instead of a perforated screen, but the images show otherwise. Finally, let us remind you that the OnePlus 8 series phones are still a few months away and the devices that will reach the end user can come in a much different design.